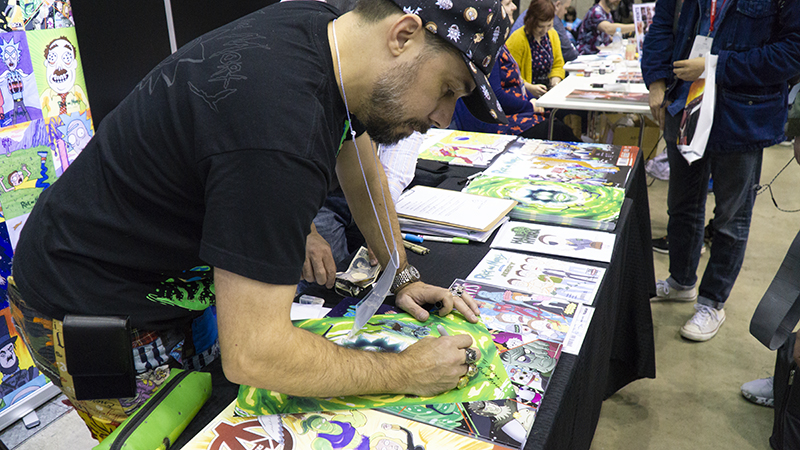 The three-day Tokyo Comic Con 2019 wrapped up on Sunday, November 24, and guess who, beside the fans and the Marvel and pop culture celebrities,  were just thrilled to be there?

The foreign manga artists, of course! 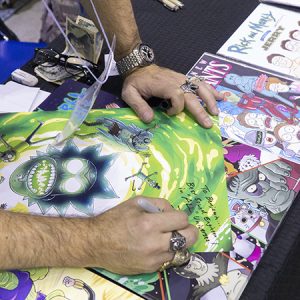 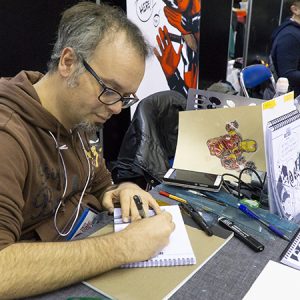 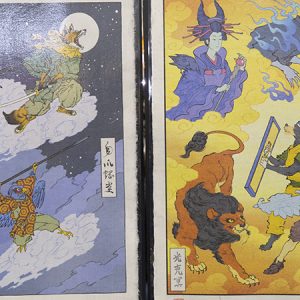 Artists Alley, one of the most interesting sections, was definitely the creative pulse of the event. Here, unassuming top-notch artists could be found occupying a corner of Hall 9 of Makuhari Messe.

Each illustrator had a table, decorated to reflect their taste and personality: large loud prints decorating the front table and hanging vertically on the walls, colorful pins, and memorabilia, for example. Others had simple displays and let the drawings speak for themselves. The likes of famous illustrator David Mack were more than enough to have people queuing to get their hands on exclusive works by the artists.

Prices for drawings varied across the board, from the affordable small piece done on the spot selling for ¥2,000 JPY. There were prints with the artist’s signature for about ¥4,000 JPY, and for those with deep pockets and a passion for illustrations, watercolor originals were available for ¥50,000 JPY or more.

In Artists Alley there were a fare share of VIP illustrators for those who know the field. Among them, Emmy-nominated David Mack, who has worked extensively on Marvel projects, recently including the series Jessica Jones. Matteo Scalera, who worked on the Marvel series Deadpool, also made an appearance.

There also was Agnes Garbowska, who designs for My Little Pony in what feels like a blast from the past, and Daniel Angelo Roman, the illustrator of the much-loved and sassy animation series Rick and Morty.

Finding A Different Angle: The Story of Ukiyo-e Heroes 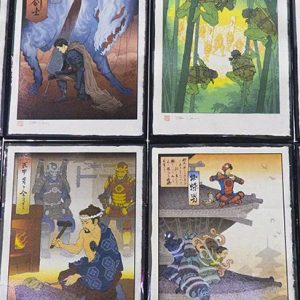 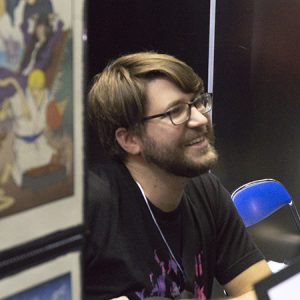 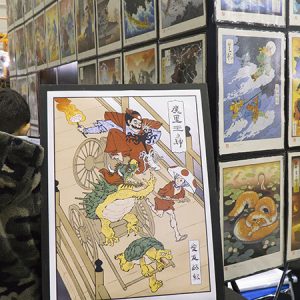 While skimming through Artist Alley, it was hard not to be drawn to the prints of Jed Henry, 36, who now lives in Salt Lake City in the United States.

He shared a simple yet effective concept: your favorite heroes, animé, and pop culture characters, thrown back about 200 years in ukiyo-e style prints. Perhaps it’s a testament to the eye-catching quality of the prints, but there was consistently a group of interested onlookers at the booth. Talking a little with the artist, we found out that he started the concept eight years ago, collaborating with ukiyo-e expert and Japanologist Dave Bull.

Henry, who actually lived in Japan for two years, explained how ukiyo-e inspired his works: “If you look at [ukiyo-e], it looks a lot like modern comics…. So even though the specifics of how we draw modern comics have changed, the principles are the same. As someone who studied animation and illustration, I immediately thought: ‘Oh, I can do that. It’s line and color.’ So that is what initially attracted me to it. And I am a big Japan nerd.”

Skimming through his prints, one finds all the usual suspects: Studio Ghibli’s Spirited Away and Princess Mononoke, Sailor Moon, and One Piece. There were even Star Wars and Disney characters like Scar from the Lion King. Henry revealed that manga artist Yusuke Murata bought the print he did of One Punch Man.

It seems though that following the fickle nature of the market isn’t easy. It was the case with a print inspired from the popular manga series, Death Note.

“Netflix did a version of Death Note, and it soured people’s opinion of Death Note so much that the print stopped selling, and it broke my heart because that print was one of my dopest pieces!” Henry said.

One can tell that Henry just enjoys doing what he does, apart from how much he sells. When asked to name his favorite print, he said it was a Final Fantasy VI triptych, which “doesn’t sell very well, but it’s there for me.” 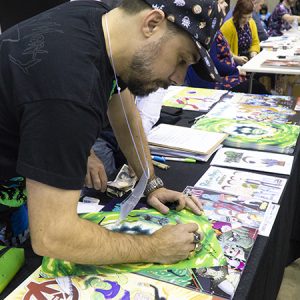 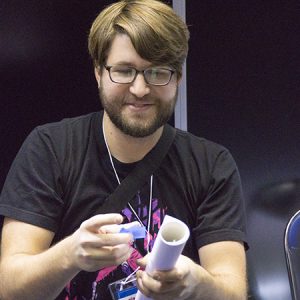 Tokyo Comic Con is a relatively young event, despite the long history of illustration and comic books in Japan. But the event is growing steadily in size. In 2016, its first year, it welcomed 30,000 people, two years later, the size of the crowd more than doubled.

Many artists see how Tokyo has given the comic con format its own twist.

It was the first time for Alessandro Broccardo, 37, to attend Tokyo Comic Con. The illustrator from Italy, who has worked with the Star Wars series, commented: “I normally frequent more in America. This is my first time in Japan. In reality, the structure is very similar — there are actors, artist alleys, there is a merchandising area. Maybe in the American ones, since there are publishing houses, such as Marvel, DC, PDW, there are more comics. Here there is a lot less. But I think it’s perhaps more to do with the type of event, perhaps there are other events which are aimed more towards the comics and less towards the gadgets, just like in the U.S. or in Italy.”

He concluded the thought by saying, with a laugh: “Also the fans are amazing. They are all so nice, we are not used to this!”

Jed Henry has been coming to Tokyo Comic Con every year with his ukiyo-e heroes, and he also seems to be an admirer of the Japanese version of the comic extravaganza. He happens to be in a good position to compare — he does more than 50 comic conventions a year, all around the world, including Paris, London, New York, Chicago, and Seattle, and he is considering Germany.

“[Tokyo Comic Con] a good solid one, it’s cool because it’s quite small and intimate, but they have high quality stuff — it’s all high quality. Because sometimes some of the American shows are really big, but really fluffy. For example, I love all the toy designers, they have big brands,” Henry said.

It was the second visit for Daniel Angelo Roman of the Rick and Morty fame, who told us how much he likes being in Japan: ”It’s awesome! I always like to come back to Tokyo — I love the food, the people are super nice, the fans are awesome — so it’s always great to come back.”