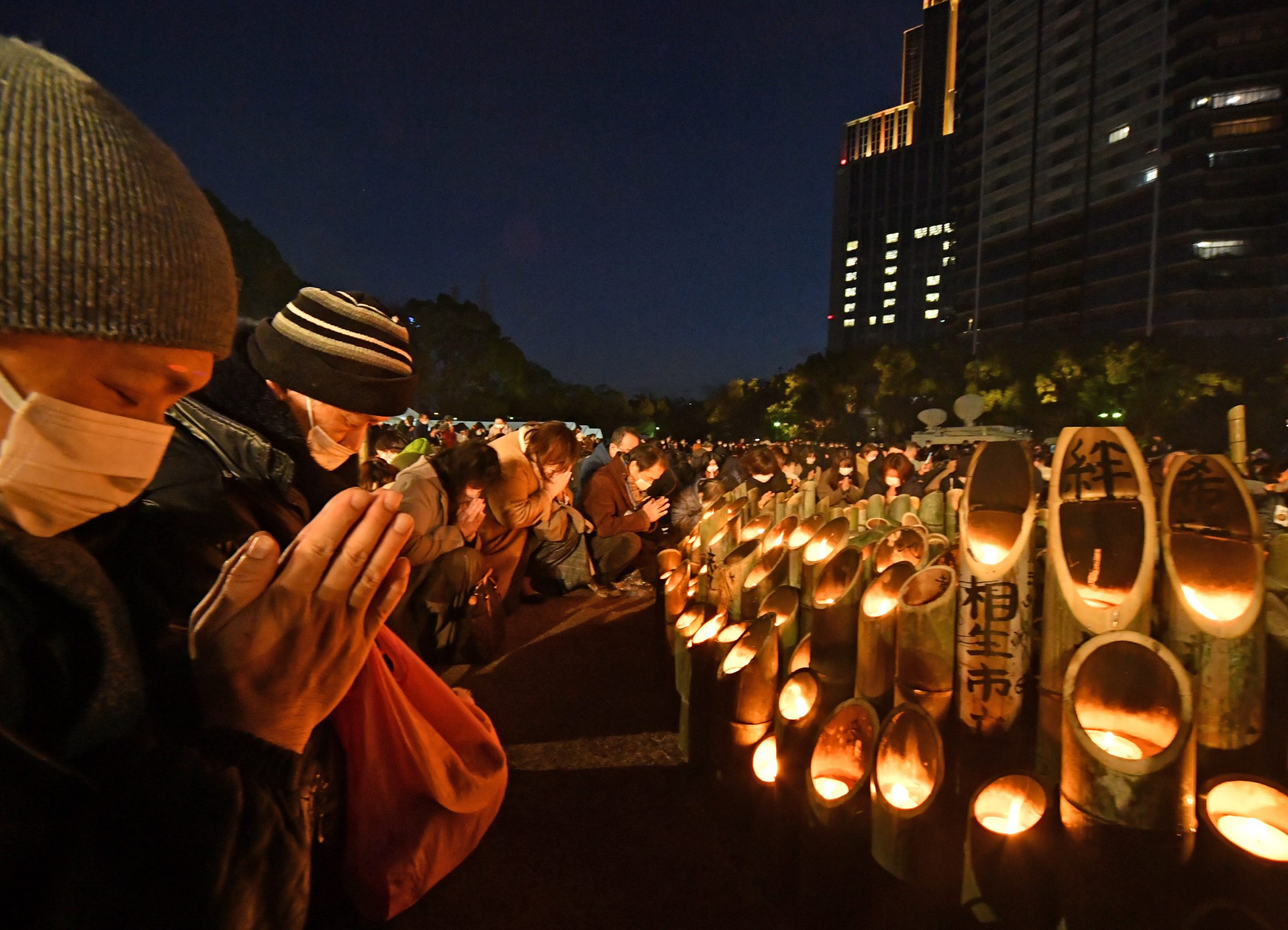 Twenty-seven years have passed since the Great Hanshin Earthquake of January 17, 1995, a catastrophe that claimed the lives of more than 6,000 people.

The recurring waves of COVID-19 infections have forced memorial events to be canceled or scaled back this year yet again. But now, more than a quarter of a century later, it is more crucial than ever to ensure that the lessons from the disaster are being passed on.

Just before this anniversary, between midnight on January 15 and early morning on January 16, 2022, a tsunami caused by the massive eruption of an underwater volcano off the coast of Tonga in the South Pacific reached all the way to the Pacific coast of Japan.

It provides an opportunity to reaffirm the importance of not letting memories of disasters fade away. There must be a commitment to passing on the lessons of the great earthquake to future generations to build a disaster-resilient nation.

The Great Hanshin Earthquake was the largest urban earthquake in Japan since World War II. It violently exposed the vulnerabilities of Japanese cities — the Hanshin Expressway collapsed and the city of Kobe was engulfed in flames, even though the disaster struck early that morning at 5:46 am.

Together, they are a painful reminder of the necessity of disaster prevention, the destructive power of fires caused by power restoration after a blackout, and the importance of securing furniture safely.

Japan is an earthquake-prone country. In 2011, nearly 20,000 people were killed or went missing in the Great East Japan Earthquake. And there have been a series of earthquakes since then.

There are reports saying that a Nankai Trough megaquake could strike in the 2030s. Moreover, experts say that there is a 70% probability of an earthquake occurring directly under the Tokyo metropolitan area in the next 30 years. The occurrence of either would be a national crisis.

Through repeated earthquakes, Japan has learned the importance of preparedness. In 1995, the Great Hanshin Earthquake stirred the spirit of volunteerism in Japan. The necessary know-how spread throughout the country and practical disaster drills were held in many regions.

RELATED: [HEISEI IN PICTURES] In Disasters, Caring for the Afflicted and Never Giving Up Hope

It is difficult to predict when an earthquake will strike next, but there is no question of Japan being struck by one again.

This year’s January 17 anniversary of the Great Hanshin Earthquake, should be a day of remembrance of the victims of the disaster ー and also a day to re-examine whether Japan is prepared for the next one.

Knowing the Destructive Power of Water

It so happens that just before dawn this year on January 16, the Japan Meteorological Agency issued a tsunami warning for the Amami Islands and Tokara Islands in Kagoshima Prefecture and Iwate Prefecture, and a tsunami advisory for the entire Pacific coastline from Hokkaido to Okinawa.

Evacuation orders were issued to about 229,000 people in eight prefectures across Japan. Although the tide level rose only over a meter at the highest point, many fishing boats that were moored in ports in Kochi Prefecture and Tokushima Prefecture capsized, sank, or were washed away — a terrifying reminder of the destructive power of water.

In Iwate Prefecture, evacuation centers were set up relatively quickly, and the disaster prevention radio and warning sirens prompted many residents to wrap up in warm clothes and walk to higher ground in the extreme cold. The region had been hit particularly hard by the tsunami that followed the Great East Japan Earthquake.

They knew that the only way to escape a tsunami was to get away from the coast and rivers and evacuate to higher ground or the upper floors of sturdy buildings. They didn’t let the experience of the disaster go to waste. It is a lesson that should be learned by all.

In contrast, in Amami Oshima, people evacuated in their cars, which caused traffic jams that led to a complete standstill on the coastal road at certain times. Although the people of Amami Oshima are familiar with typhoon disaster prevention, the Great East Japan Earthquake and the ensuing tsunami that swept away many cars had not taken root in their memory.

Earthquakes and tsunamis can occur anywhere in the Japanese archipelago, which means there must be no regional disparities in the level of preparedness and knowledge of disaster prevention and evacuation.

After the Japan Meteorological Agency issued a tsunami warning, the government set up a liaison office within the Crisis Management Center at the Prime Minister’s Office.

But Prime Minister Fumio Kishida was nowhere to be seen. With the evacuation order being issued to such a wide area of Japan, it would have been better for the Prime Minister to make some form of statement or appeal to the people.

Prevent the Memories from Fading

Before this year’s tsunami warning on the evening of January 16, a memorial was held at Kobe East Park in Kobe’s Chuo Ward to remember the victims of the Great Hanshin Earthquake. Lanterns, aligned to form the character “forget,” were lit for 12 hours until the time the earthquake struck.

At 5:46 a.m. the next morning, the citizens observed a moment of silence.

The event’s organizing committee explained that the character “forget” was chosen because “the earthquake must not be forgotten,” and also to take into account the bereaved families’ feelings of wanting to forget. Even after 27 years, their emotional scars remain unhealed.

Needing to remember, but wanting to forget. Although the two seem contradictory, Japan needs both sentiments to move forward into the future.

No matter how tragic an event, it gradually fades away from our memories. Anniversaries of disasters are important days for us to face the memories that had been sealed away, so that life-saving lessons will continue to be remembered.