[A Visit to the Atelier] The Origins of Ukiyo-e 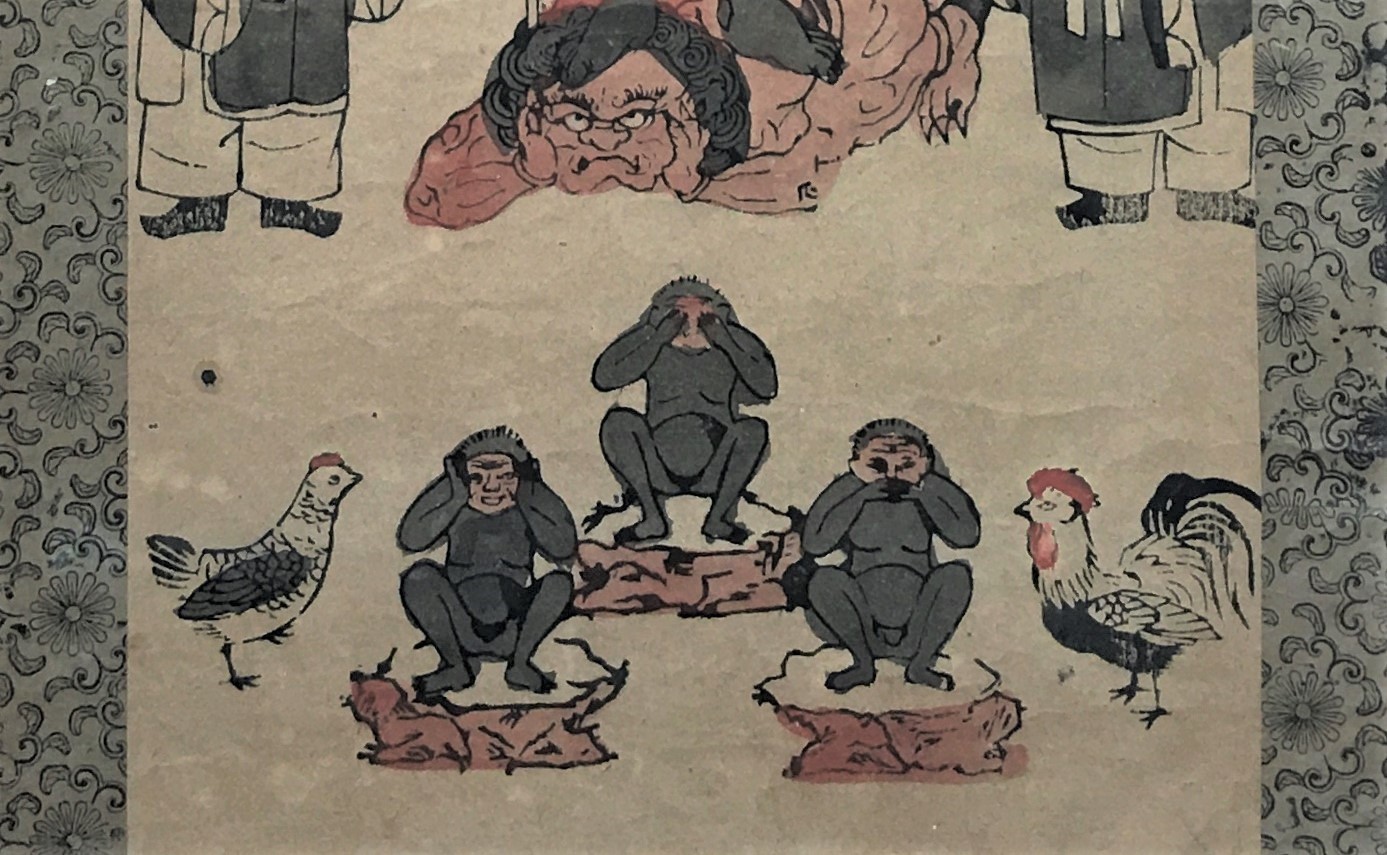 The exhibition Last Ukiyoe: Inheritors of Ukiyo-e from the Isao Toshihiko Collection at the Ota Memorial Museum ended on December 22 after a successful run, and my atelier has returned to its usual state of tranquility.

So, while revisiting some of the various things related to ukiyo-e that I showed you in earlier visits, I thought it would be good to think about the origins of ukiyo-e.

According to most textbooks, ukiyo-e started from the artist Hishikawa Moronobu (1618–1694), but I would like to consider this question from a different perspective.

For example, there are simple talisman known as ofuda that temples and shrines hand out to worshippers. These have been printed with woodblocks similar to those used in ukiyo-e prints. I once heard that a French book on ukiyo-e states that “religious ofuda printed with woodblocks” can be considered the origin of ukiyo-e. I don’t know how closely the argument of the French author of this book resembles my idea, but I find it interesting that a distant French scholar shares this opinion with me.

Readers may need help to connect ukiyo-e and the Buddhist and indigenous deities of ofuda, which differ from those in Western religions. (RELATED SERIES: [Soul of Japan] Visiting a Jinja)

However, ukiyo-e not only shows daily life as a theme, but some of the same deities seen on ofuda also regularly appear in ukiyo-e. These deities include the Seven Gods of Good Fortune, the scholar, politician, and poet Sugawara no Michizane (845–903) who was deified and now worshipped by children as the god of learning, Tenjin, and other deities venerated by common people.

This introduction has become longer than I intended. Let’s have a look at some of these ofuda.

Ofuda were used as offerings floated down a river or from a bridge to relieve suffering spirits. They were also placed at the entrances of houses as talismans.

Next, I would like you to take a look at an early kind of religious print called kake-e, which was mounted on a scroll. 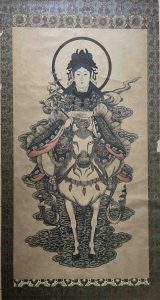 As I mentioned earlier, popular indigenous deities, such as the Seven Gods of Good Fortune and Tenjin, often appear in ukiyo-e, but you don’t see so many Buddhist deities. Therefore, the last image I want to show you this time is a rare Buddhist image in ukiyo-e.

Along with it, please also enjoy images of the Seven Gods of Good Fortune by Utagawa Yoshitora (active circa 1850–1880) and Tenjin by Utagawa Kuniyoshi (1798–1861).

While I’ve always collected ofuda and religious printed images, initially I had not thought about their connection to ukiyo-e. I started collecting them because they were affordable, and I felt drawn to simple images of Buddhist and indigenous deities.

However, I am happy now that I’ve come to understand their relation to ukiyo-e, and can introduce them to my readers.

Thus, this time, I wanted to take a look at the roots of ukiyo-e prints from the slightly unusual point of view of ofuda.