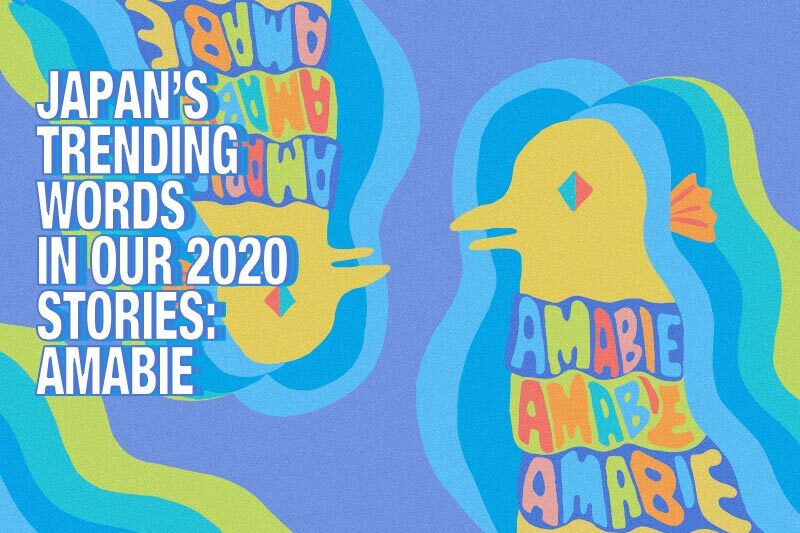 ~What is Amabie anyway? You will be forgiven for not knowing, as many Japanese themselves were unaware of the mythical being before the start of the pandemic.~

It’s no secret that COVID-19-related news and the fight against the virus has overwhelmed most of us this year. To mark this, JAPAN Forward has put together a special to wrap-up the coverage of COVID-19 in Japan, and how people managed to stay cheerful and resilient despite the times.

With one topic per day for five days from December 14 to December 20, make sure you stay tuned to the most popular topics among the Japanese this year!

What is Amabie anyway?

You will be forgiven for not knowing, as many Japanese themselves were unaware of the mythical being before the start of the pandemic.

Amabie is a yokai, or a mythological supernatural creature, which is thought to date back to the Edo period (1603-1868), part mermaid, part bird, part three legged human, its weirdness and cuteness has captured the imagination of netizens around Japan – all the more so because of its special qualities.

Thought to have the power to ward off pestilence, the yokai saw a renaissance in the start of the pandemic, as people on SNS turned to Amabie and started new industries making good luck charms, key chains, cookies, drawings, and amulets, postcards, nesting dolls and a myriad of other products in its image, hoping for a speedy recovery from the pandemic.

The image even became the logo of the Ministry of Health campaign fighting against COVID-19!

Amabie also became a symbol of resilience for businesses that were struggling during this period.

In spring, one company producing paper fans was featured in our pages as an example. Paper fans are normally sold en masse during summer festivals, but with festivals cancelled due to COVID-19, many related enterprises struggled to survive.

One Kyoto shop sought to reinvent itself during this period by selling paper fans featuring Amabie’s image.

Restaurants and bars were closed during the state of emergency between April and May, and food and drink related businesses were hit hard economically.

Therefore, some sought to bring end-of-pandemic good wishes by selling Amabie themed beer, like this one label Moyasimon.

When the state of emergency was finally lifted and people could circulate a bit more freely, some fashionistas sought to bring Amabie with them wherever they went.

How? With an Amabie-patterned summer kimono, of course!

The Amabie phenomenon was so popular, it even made its way abroad.

In summer there was even a report of a Russian matryoshka maker, Irina Batrushkina, making an Amabie-inspired nesting dolls.

As the end of the year approached another enterprise adapted its traditions, too. There was a Daruma maker in Hiratsuka who added images of Amabie to his papier mache dolls used for good wishes.

This Daruma Maker Mr. Arai, prides himself by making special daruma, such as those resembling cute animals and baseball team mascots. His crown jewel is the animal of the coming year in the zodiac calendar.

This year, Mr. Arai is preparing for the year of the Ox. But you guessed it, there are Amabie-themed daruma as well.