[Kimono Style] For Akira of Yamagata, ‘No Kimono, No Life’ 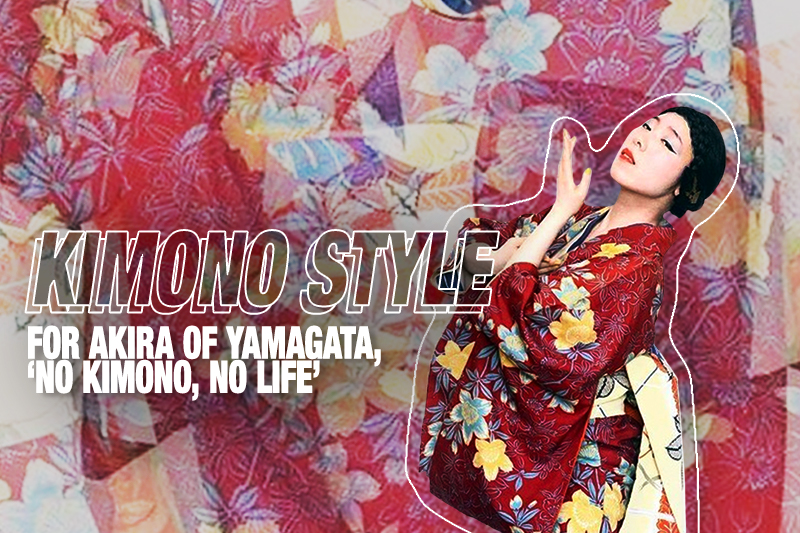 Almost 10 years have passed since Akira posted his first kimono image on Facebook. He began to post regularly, and his fashionable kimono images began circulating, each image gathering almost 10,000 likes ー a great deal of attention for kimono images.

They were published online as supposed magazine covers for a magazine called variously Kimono Times, Yukata Times, and Yamagata Times. But the magazine did not exist. People actually went to bookshops to try and find Kimono Times. 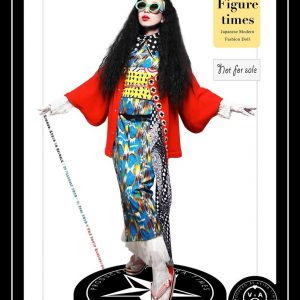 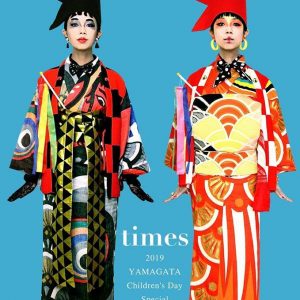 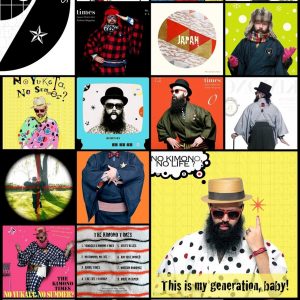 Sometimes he was the subject, but most other subjects were beautiful young women, photographed in poses that were quite different from the photographs that appeared regularly in kimono magazines. Akira’s images had more in common with Mucha, Klimt, and art nouveau, or the fashion photographers of the 1950s, than they seemed to have with conventional kimono images.

Akira gathered a huge fan base, but nobody knew who he was.

I first met Akira when I went to interview him at his home in Yamagata in 2011 for my first book, The Social Life of Kimono (Bloomsbury Academic, 2017). I found a man who was largely a recluse, working on his parents’ fruit farm, having left school after a panic attack that put him in a hospital at the tender age of 15.

He was self-taught in the guitar, digital technology, make-up, design, art history of the 19th and 20th centuries, kimono dressing, and was a huge fan of fashion and rock music. He felt out of step with contemporary Japan and its lack of beauty. He looked for inspiration from the past, Yumeji and other art nouveau artists, and from his hero, the French photographer and designer Serge Lutens. 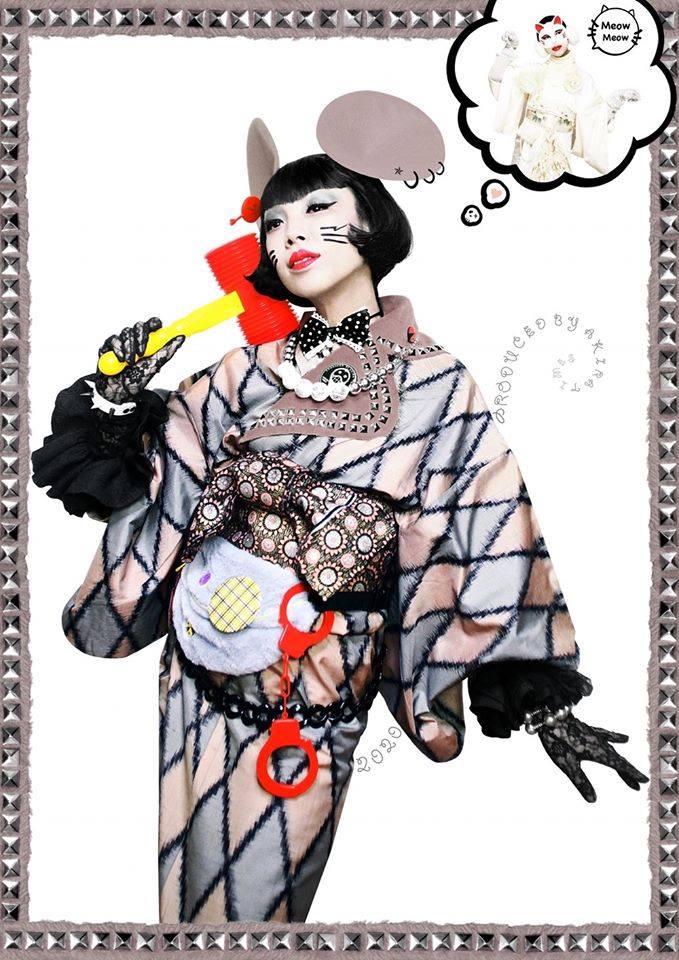 Significantly, Akira was a complete outsider from the kimono world and had no contacts with kimono makers, businesses, or schools in Kyoto or Tokyo. Kimono, for Akira, was just another form of fashion. His images utilized ordinary kimono given by neighbors and friends, or purchased cheaply at a local second-hand shop.

Each image was an art work. I encouraged him to make a collection, and in 2017 Kimono Times: Wafuku Anarchist was published by Libro-Arte. This book contains some of the best images from his posts, which were previously online only.

Akira’s motto is ‘life with an extra dress code must be so exciting,’ and he is always well-dressed. He often wears a hat, is liberal in his use of brightly-colored nail polish, and can often be seen with braces and a pink plastic bow tie. 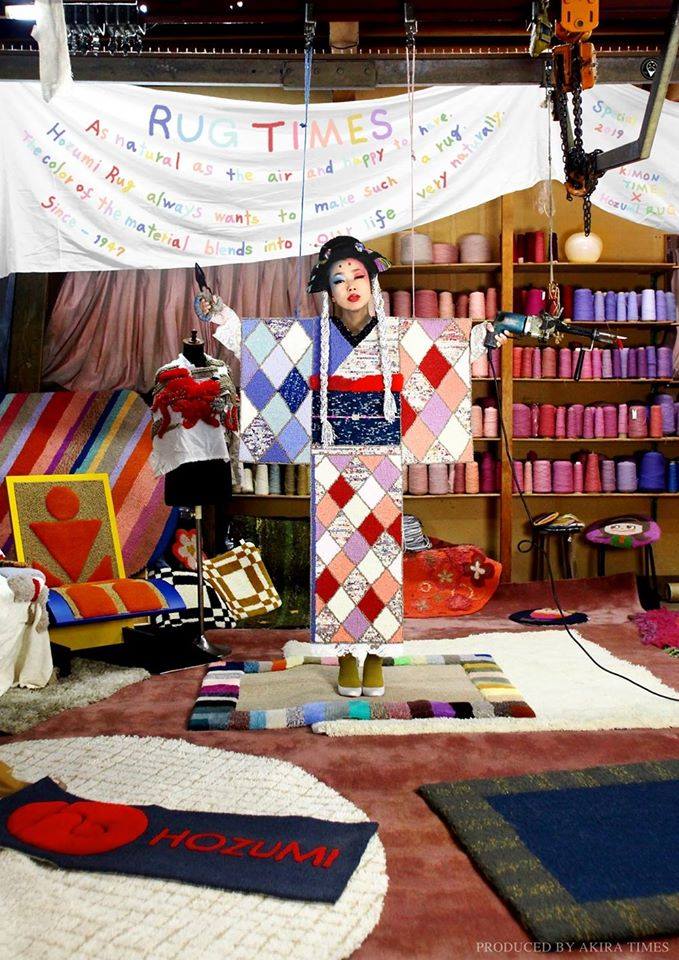 His series of “No Kimono, No Life” is about contemporary fashion, while the Yamagata Kimono Times draws on sources from his own world, such as the cherry trees he grows, traditional Tohoku folk crafts, and local clothing.

His incredible ability to make stylish kimono images was not missed by the Victoria and Albert Museum, and three of his photographs are now in their collection and on display in the current exhibition Kimono: Kyoto to Catwalk. One of his creations also graces the cover of the book of the same name, released by the Victoria and Albert Museum to coincide with the exhibition.

Recently we talked about life with coronavirus, making art, and other places that stories took us. Since he works on a farm, the reality of coronavirus has not changed his situation very much. But masks are worn when going into the city itself.

Akira feels happy to be with his family, and the coronavirus has made us realize again what is important. He feels the necessity of enjoying relationships with the people around him more than the necessity of making art, right now. He almost feels it would be selfish to do his own thing while the world is suffering so much. 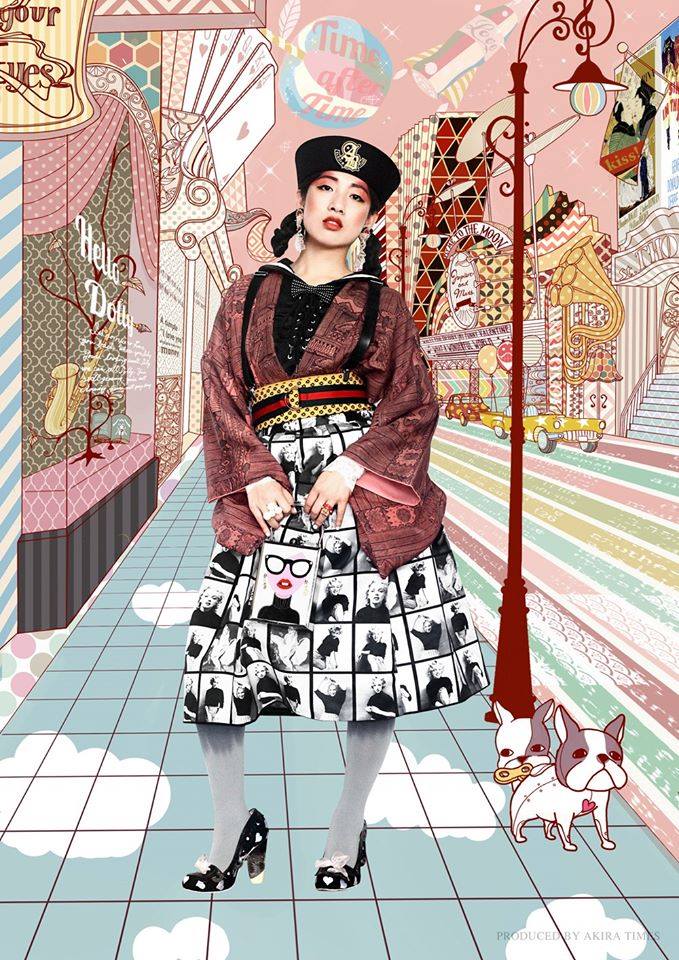 He also pointed out that it is a chance for politicians to change society, especially if we have no vaccine. We have to reevaluate and put people’s happiness as the biggest priority, rather than the economy. Akira says society is upside-down at the moment. That is the way he has always wanted the world to be, but he is afraid that if a vaccine is found, they will just go on as before.

Akira reiterated the idea to me that art should have nothing to do with money. Art is not a product and he doesn’t want to lose his integrity by making products. People trade creativity for commercialism.

By staying in Yamagata and by slowly working on the pieces that he wants to edit, he resists the temptation to become commercial, only making what he wants and working when he wants to. Culture, he says, is changing all the time: music, art, even food and how it is cooked and presented. Some old things will remain, but if they are irrelevant, they will die out.

OTHER ARTICLES BY THE AUTHOR: