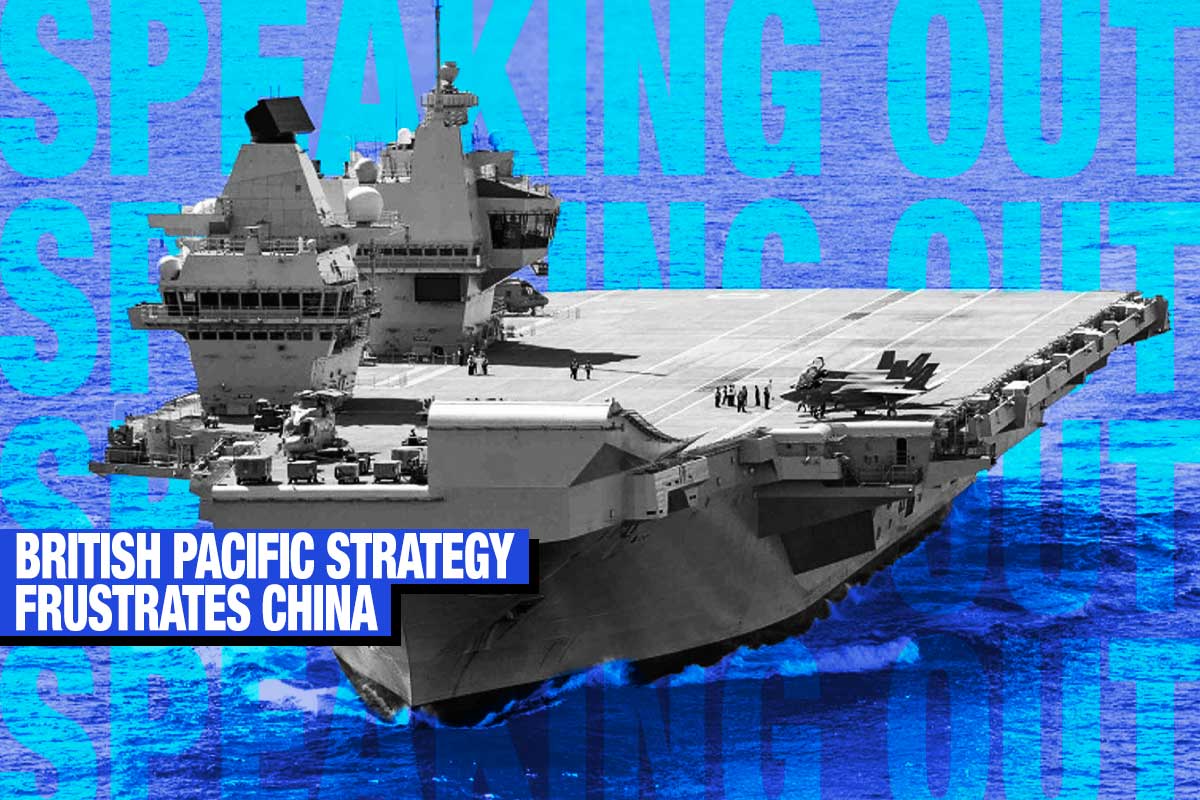 The British Navy's 'HMS Queen Elizabeth' is on its way to the Indo-Pacific.

I would like to welcome Britain’s decision to advance into the Indo-Pacific region ahead of other European countries. On June 2, the 11 members of the Trans-Pacific Partnership Agreement decided to launch talks with Britain in response to its offer to join the TPP.

Ten days earlier, a British aircraft carrier strike group accompanied by a U.S. destroyer and a Dutch frigate, embarked on a seven-month voyage to and from the Indo-Pacific region.

At a time when the United States and China intensify their geopolitical competition, Britain’s move to enhance its economic and strategic engagement in the Indo-Pacific region is expected to encourage other major European countries, which have begun to find the danger of authoritarian China, to advance into the region.

RELATED: Germany and Japan are Rewriting History with Joint Naval Exercises in the Seas of Asia

Britain’s accession to the TPP would only increase the members’ share of the global GDP from 13% to 16%. But it would have far greater geopolitical significance. The TPP had originally been designed to expand a free and fair market economy, and thereby block China’s ambition for regional supremacy. But the U.S. withdrew from the TPP under the Trump administration and is unlikely to rejoin for the time being, even under the Biden administration.

Britain is growing alert to China and is expected to help block China’s ambition to join the TPP in the absence of the U.S.

Britain’s accession to the TPP would contribute to building the TPP members’ supply chains to counter China, and to increasing the strategic advantage of their universal values, such as freedom, respect for human rights, and the rule of law. Japan, which faces the Chinese threats and serves as TPP chair this year, should take leadership in facilitating negotiations with Britain for its early accession to the TPP.

After exiting from the European Union, Britain is exploring new partnerships in the Indo-Pacific region under its “Global Britain” initiative, contributing to leading the North Atlantic Treaty Organization's growing interest in the region.

The British Navy’s cutting-edge aircraft carrier HMS Queen Elizabeth, with  U.S. Marine Corps F-35B fifth-generation fighters aboard, is sailing for Japan via the Indian Ocean, the South China Sea and the Pacific.

In Japan in May, France conducted joint military drills with Japan, the U.S.  and Australia. In November, a German Navy frigate will visit Japan for joint drills  with the Japanese Maritime Self-Defense Force.

The European Union plans to formulate an Indo-Pacific strategy in September. European countries are still plagued with a China policy dilemma, willing to retain universal values including respect for human rights while depending on the giant Chinese market. Slowly, however, they are beginning to consider China as a threat to their own national security.

China Brings All Its Problems Upon Itself

The Chinese state-run news agency Xinhua reported that Chinese President Xi Jinping called for striving to present the image of a credible, lovable and respectable China to the world at a Chinese Communist Party meeting on May 31. This indicates Xi is concerned that China’s hardline wolf warrior diplomacy has backfired, leading Japan, the U.S. and Europe to become more vigilant against China.

Instead of modifying its diplomatic approach, however, China should revise its domestic  human rights crackdown and external expansionism. China has brought all its problems upon itself.

(A version of this article was first published by the Japan Institute for National Fundamentals, Speaking Out #799 in Japanese on June 7, 2021.)

Hiroshi Yuasa is a Planning Committee member and a senior fellow at the Japan  Institute for National Fundamentals. He is a columnist for the Sankei Shimbun  newspaper.