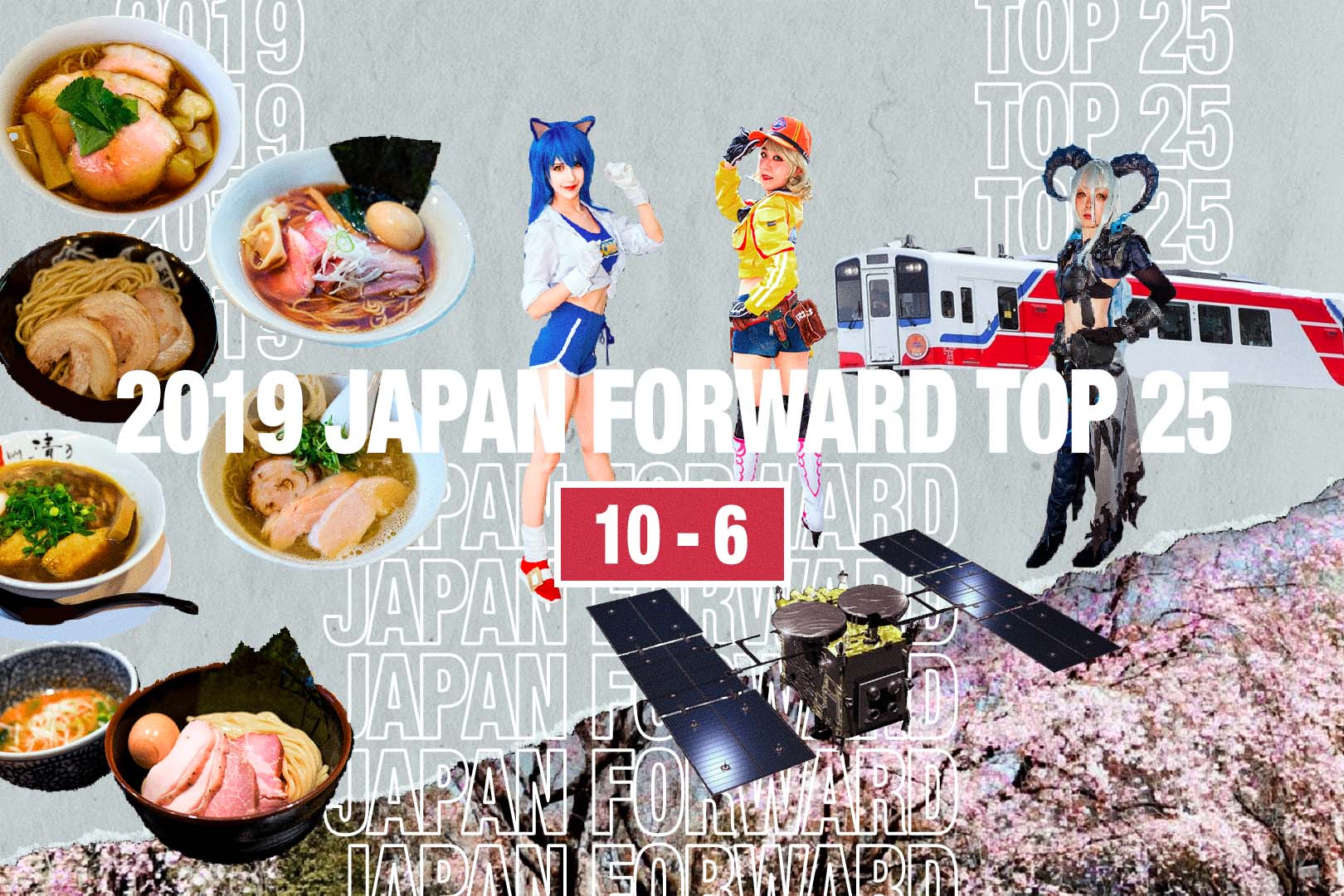 This article highlights the fourth set of five, numbers 15 to 11 of the most popular articles of 2019.

On March 23, the Rias Line in Iwate Prefecture resumed normal operations for the first time since 2011. Located in Tohoku, the northeastern region of Japan hit hard by the earthquake and tsunami of March 11, 2011, the rail line is the latest infrastructure to showcase how the region has bounced back from the devastation.

The Japanese space agency announced on Friday morning, February 22, that its spacecraft Hayabusa2 — whose mission is to help unlock the secrets of life in our solar system — had achieved a bullseye landing on the asteroid Ryugu, 300 million kilometers (186 million miles) from Earth.

This year’s bloom was 7 days earlier than the average year, but 3 days later than in 2018.

JAPAN Forward has created its own list of suggested sakura viewing sites where both visitors and locals can partake in the beauty of the blossoms, commonly known as o-hanami, the iconic symbol of spring.

The 2019 awards have been announced and, although no ramen shops were given gold or silver, six were awarded the bronze.

To put this in perspective, sushi has 90 shops with a ranking above four. For a ramen shop to be put alongside great kaiseki or French cooking is a huge honor.