Japanese and Taiwanese Authorities Warn that Taiwan Could ‘Become Like Crimea’ 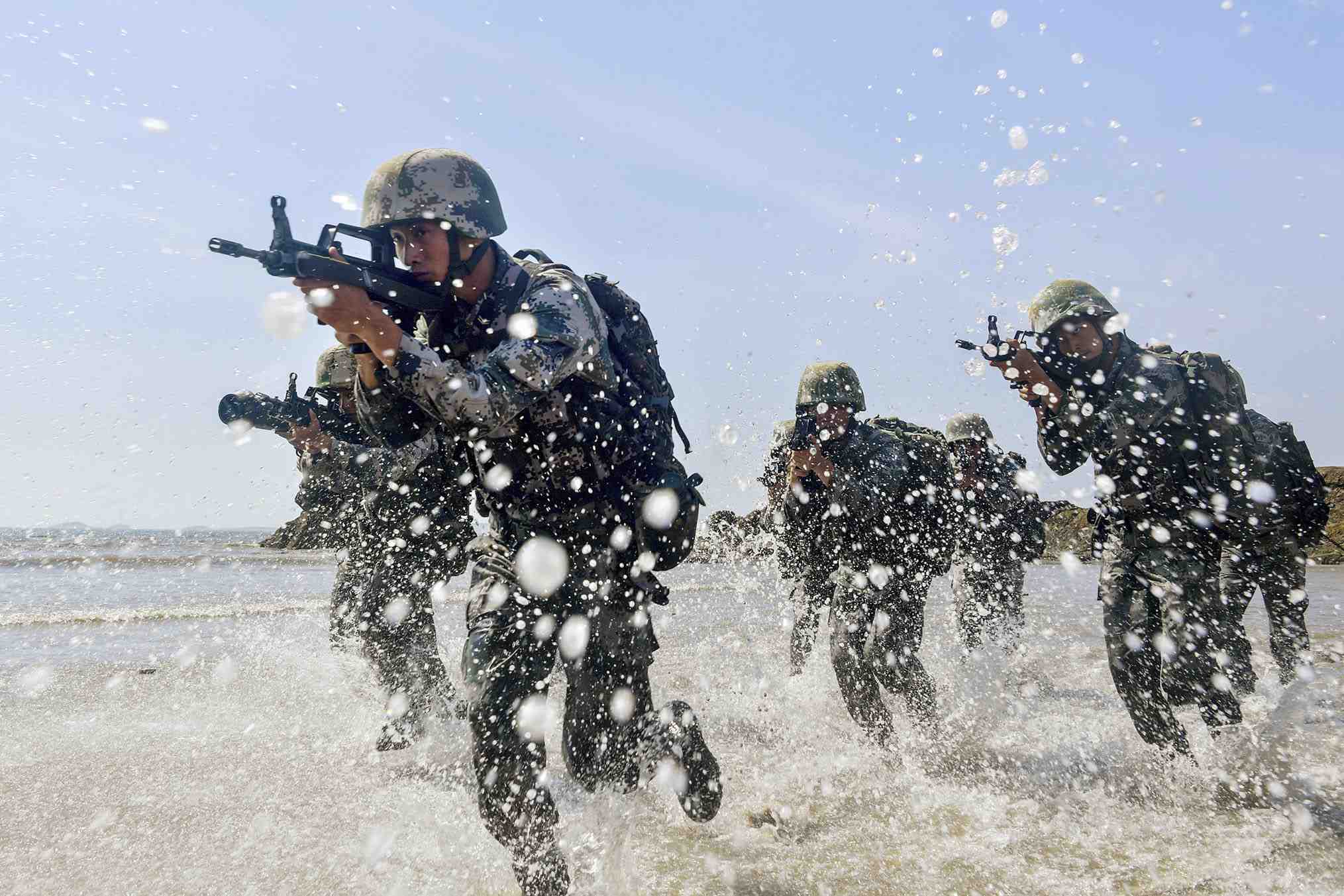 For the first time in 52 years, Taiwan was mentioned in a joint statement of the U.S. ー Japan, in this case at the end of the Japan-U.S. summit meeting in Washington, D.C., on April 16. It also put Japan’s role in deterring and coping with any Taiwan emergency under the spotlight.

Japan’s role has broadened since the 2015 enactment of new security-related laws that went into effect in 2016. However,  Japanese and Taiwanese authorities continue to be most concerned about what would happen in a gray zone situation which is neither peacetime nor a military emergency, such as one where the Chinese government tries to unify with Taiwan.


‘Invasion on the Horizon’

The sense of crisis over Taiwan has further heightened in the wake of recent statements by senior officials within the United States Indo-Pacific Command.

On March 9, outgoing commander Philip Davidson stated that China could invade Taiwan within the next six years. Moreover, on March 23, Davidson’s successor John Aquilino said that such an invasion is much closer than most of us think.

Davidson and Aquilino’s statements have served as a reality check for the Japanese government. The U.S.’s sense of crisis over Taiwan has been passed onto Japan, prompting the inclusion of Taiwan in the U.S. ー Japan joint statement in April.

In its 2018 annual report to Congress on China’s military power, the Pentagon listed four ways in which China could take Taiwan:

If any of the above were to occur, would the Japan Self-Defense Forces (JSDF) be able to take appropriate action?

Under Japan’s security-related laws, the JSDF is able to exercise its right of collective self-defense if, for example, the situation in Taiwan were to pose a threat to Japan.

Even if Japan is not faced with a critical threat but there is a chance its state of peace could be affected, the JSDF is able to provide merely logistical support involving weapons and ammunition to the U.S. military.

Two days after he returned to Japan from the U.S. after the April 16 summit meeting with President Joe Biden, Prime Minister Yoshihide Suga was asked about the Taiwan situation in the Lower House (House of Representatives) of the National Diet on April 20.

“It is difficult to make a sweeping statement, because the government would need to piece together all the information in a given situation before reaching an objective and rational decision,” Suga said vaguely.

However, the Japanese government is keeping a close eye on the situation in Taiwan.

If China were to use force in Taiwan, it is highly likely the U.S. would step in. Therefore, the Chinese military would probably target U.S. military bases in Japan in order to block American involvement.

Moreover, in taking on the U.S., it is possible that China will try to occupy the Senkaku Islands and/or the Sakishima Islands in Okinawa Prefecture due to their proximity to Taiwan. Both scenarios count as unlawful aggression against Japan, and so the JSDF would be able to exercise its right of self-defense.

Having said that, however, a Japanese response of this nature would only happen if the situation in Taiwan escalates.


Gray Zone: What If There’s a Different Strategy

Some think that China is probably trying to unify with Taiwan using means other than force, in order to prevent the U.S. from intervening.

Such a move could be described as the “Crimea model” – a model that could potentially be difficult to deal with.

If China did try to unify with Taiwan, how would it do so? “I doubt China would launch a bunch of missiles at Taiwan. They know the U.S. military would turn up if they did that,” reveals a senior official at the Ministry of Defense.

Instead, officials connected to the Japanese government warn of a “gray zone,” which is somewhere between an emergency situation and peacetime. They say this with Russia’s 2014 annexation of Crimea in southern Ukraine in mind.

For example, China could use psychological warfare involving cyberattacks and the spread of fake news via social media to give the impression that Taiwan is pro-China. It could also send over a militia with “unclear nationalities,” prompting a request from Taiwan that the Chinese military come over and occupy the country.

If Taiwan does end up in a Crimea-like situation, Japan could react by imposing economic sanctions, but JSDF action would be limited. “The JSDF might not be able to do anything at all,” says one Japanese government official.

Essentially, a gray zone situation is not enough for the JSDF to exercise its right of collective self-defense. The right can only be exercised if one of Japan’s close allies is hit by an armed attack.

In order to prevent this kind of gray zone situation, it is necessary to prepare during peacetime. If war does break out between the U.S. and China, it is important not to give China the impression that it is guaranteed a local advantage.

Therefore, if an emergency were to arise in Taiwan now, U.S. aircraft carriers and military bombers would be targeted by Chinese missiles, making it difficult to get near to Taiwan.

Partly to redress this imbalance with China, the U.S. withdrew from the INF treaty in 2019. To counter it, the U.S. Indo-Pacific Command plans to create a network of ground-based precision missiles (range: at least 500 km) from Okinawa to the Philippines. And there are plans to incorporate Japan’s stand-off missiles into the network too.

There is also another problem. Japan has no diplomatic ties with Taiwan, and it cannot provide defense equipment in the same way that the U.S. can.

Regarding the airspace around the Senkaku Islands (Ishigaki, Okinawa Prefecture), the JSDF would scramble jets in the East airspace, and Taiwan’s military would do the same in the West airspace if Chinese military planes were to enter those areas. But this is merely an unspoken agreement that is not set in stone.

Looking ahead, Japan and Taiwan will need to discuss how they can cooperate in the field of defense, and find solutions despite the limitations they face.

For example, it has been proposed that Japan inform Taiwan about any Chinese military activity in the Miyako Strait, and Taiwan would do the same regarding the Bashi Channel. If direct communication between the two nations proves to be difficult, then the U.S. could also act as an intermediary.

Moreover, it has also been suggested that Japan Maritime Self-Defense Force ships (JMSDF) could pass through the Taiwan Strait to further increase U.S. pressure on China.

Others have said that surveillance of Chinese submarines could be improved through further cooperation between Japan and Taiwan, but no concrete plans have emerged.

“I expect to reach a peaceful solution through direct dialogue with those concerned,” said Suga during a House of Councillors (Upper House) plenary session in the National Diet on April 21.

However, if Japan steps up its involvement in Taiwan, a Chinese backlash would be inevitable. There are fears that China could impose embargoes on rare earth minerals or become more provocative in the area surrounding the Senkaku Islands.

For Japan, the extent to which it becomes involved in the Taiwan issue ultimately comes down to how much “adversity” the Japanese people are able to endure.

(Find access to this special Sankei Shimbun report in Japanese at this link.)