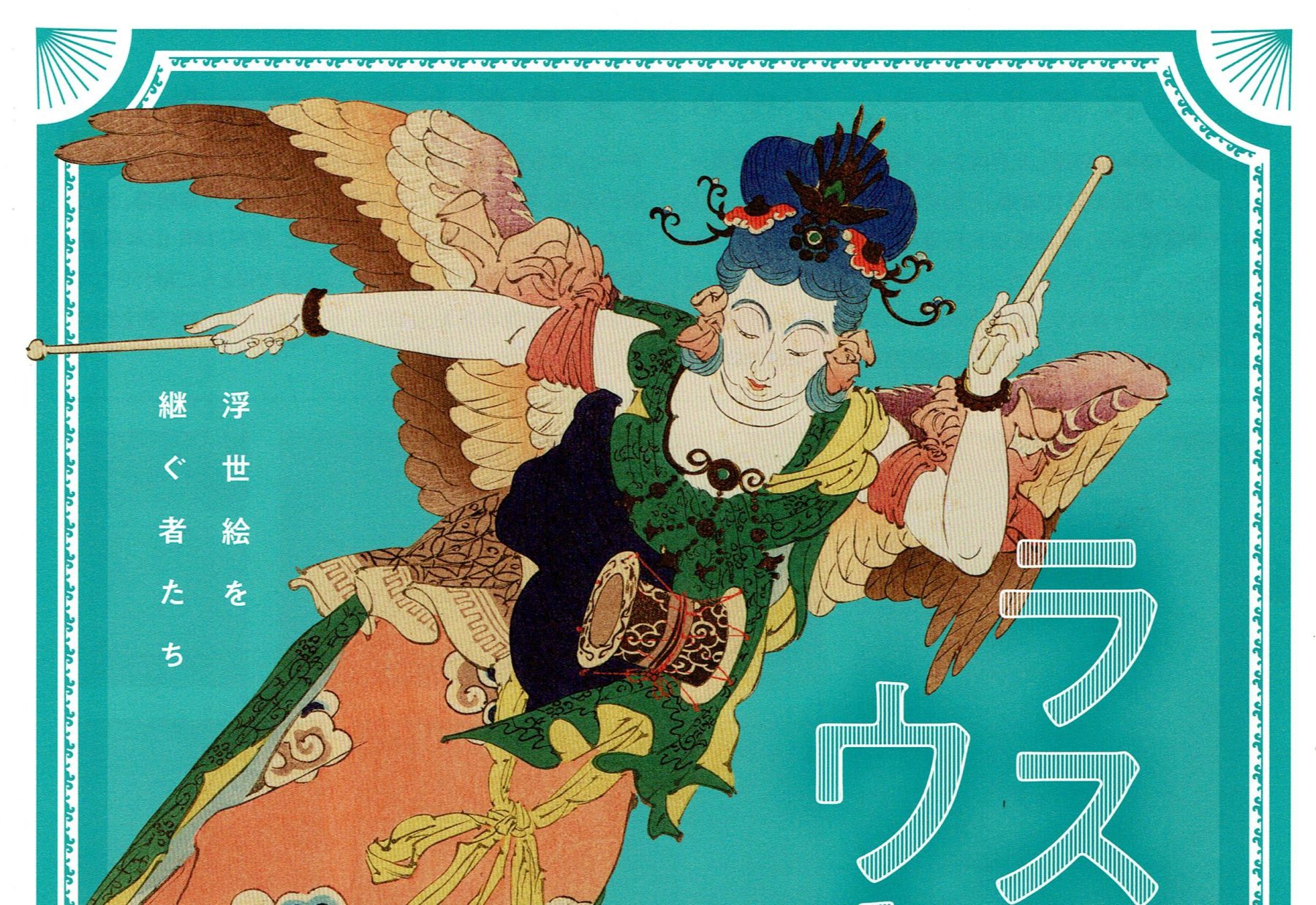 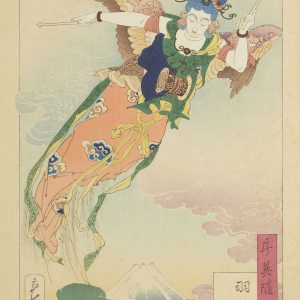 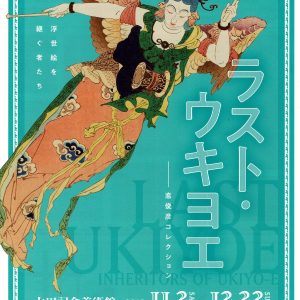 Last Ukiyo-e Exhibition at the Ota Memorial Museum of Art 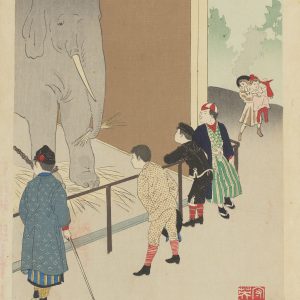 The Ota Memorial Museum of Art in the heart of Tokyo’s Harajuku is displaying 220 examples of ukiyo-e woodblock prints by 37 different artists dating from the twilight period for the art. These are the pieces that reflect the time when Edo-era aesthetics and techniques were giving way to modern influences after the Meiji Restoration.

It is hard to give an exact timeline for ukiyo-e. It had flourished during the Edo period, then suffered a long, lingering demise.

In exhibitions and references, artists of the early Meiji era — such as Tsukioka Yoshitoshi, Kobayashi Kiyochika, and Toyohara Kunichika — are often referred to as the “last ukiyo-e artists.” However, other ukiyo-e artists continued to produce a significant amount of work after they stopped.

Toshihiko Isao, 84, a painter and well-known ukiyo-e scholar who has studied ukiyo-e masters like Utagawa Kuniyoshi, became interested in this last wave of artists in the ukiyo-e tradition. (His series on ukiyo-e for JAPAN Forward can be found here.)

The pieces in the Ota Museum exhibition come from Isao’s private collection. They might be characterized best as buried treasures from the Meiji era.

The exhibition is divided into two parts to allow the many representative works to be displayed in public. Items on display are changed between them. (First term: November 2-24; Second term: November 29- December 22, 2019).

One print that is strikingly modern in feeling and a highlight of the exhibition is Toshihide Zuihitsu Hagoromo (Toshihide’s Essay on Hagoromo) by Migita Toshihide. This print is on display in the first term of the exhibition. The composition is based on the Legend of Hagoromo from the Miho no Matsubara region in Shizuoka Prefecture. It tells the story of a fisherman who has a celestial maiden perform a dance before he will return her magical feather cloak.

Migita’s print shows the angelic creature ascending back up to heaven. It dates from 1921, long after the heyday of the ukiyo-e medium. Yet, it is clear that the artist, who was a student of Tsukioka Yoshitoshi, was endeavoring to give new expression to the colored print tradition.

Works by the artist Ogata Gekko also feature prominently in the show. In one work, Hana Bijin Meisho-awase, he fused the two ukiyo-e traditions of “portraits of beauties” and “depictions of famous landscapes” to produce thematically hybrid prints. Somehow, they seem more like watercolors than woodblock prints.

According to museum curator Kenji Hinohara, one major difference between Edo-era and Meiji-era prints lies in their shading. He explained: “The lines in Edo woodblock prints are delineated very clearly, and they are very liberal in the use of vivid colors. On the other hand, with Meiji prints, there are thin outlines, while the pale colors and delicate gradations stand out.”

The Isao collection is full of prints showing charming little children. For example, there is the series, Various Aspects of Children by Miyagawa Shuntei. One of those works titled Zoo shows a group of children viewing an elephant, and their costumes accentuate the modern motif.

Various new techniques and media, including lithographs, mechanical printing, and photography, made their appearance in Japan during the Meiji period and changed Japanese way of thinking about aesthetics and art.

Among Japanese woodblock print artists, many searched for new ways to convey their art, such as displaying them as handmade paintings at government-sponsored exhibitions or having them carried as woodcut frontispiece illustrations in magazines. In any case, the last of the ukiyo-e artist breed were fighting a losing battle as the sun slowly set on the world of ukiyo-e. Yet the exhibitions make clear that even when faced with these troubles, these indomitable artists struggled on to express themselves.

Last Ukiyo-e — Hidden Ukiyo-e of the Meiji Period, the title of the exhibition, is obviously meant to conjure up images from the movie The Last Samurai, which told the story of the last defenders of the samurai way of life. These ukiyo-e artists too sought to carry on the spirit of their Edo-era forerunners, while they worked to adapt their art to a new age.

The works in the show are evidence that, even though they could not stem the fated decline of their form of art during the Meiji era, these ukiyo-e artists energetically fought the good fight to survive in a difficult period.

Hinohara summed things up this way: “Ukiyo-e from the second half of the Meiji era has in effect been a blank page, totally absent from research on modern Japanese art as well as research on ukiyo-e itself. Hopefully, this [exhibition] will serve as a chance to reconsider these works as both a continuation of the Edo tradition and the quest of artists to find new forms of expression.”

The exhibition continues through December 22. The Ota Memorial Museum of Art is closed on Mondays.

ADDITIONAL INFORMATION ON THE EXHIBITION:

Closed: Mondays (except holidays, when closed day shifts to Tuesday) and period of changing exhibition. Click here for a link to the calendar.

Click here for additional information on the exhibition and the Ota Memorial Art Museum in English.