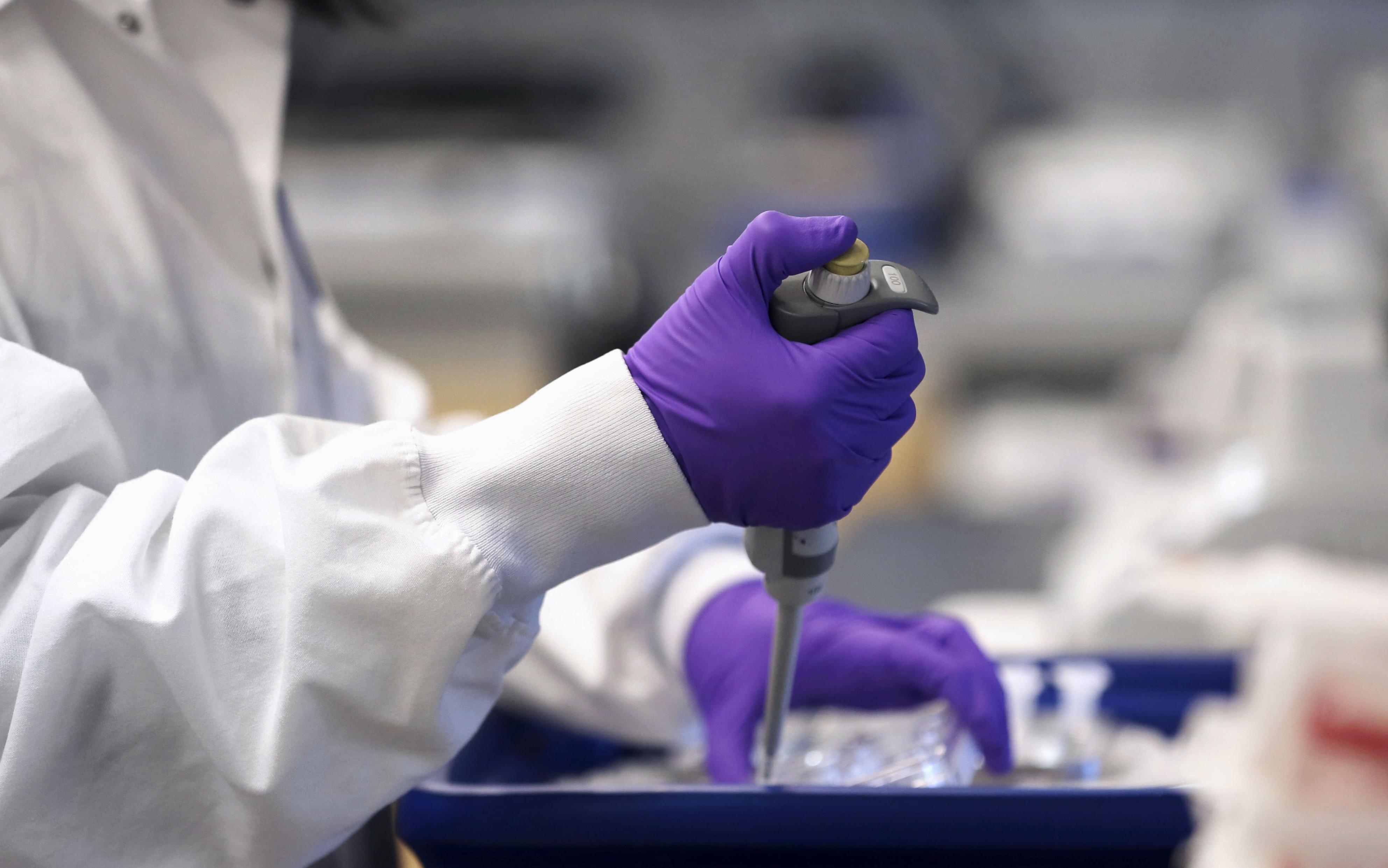 Last in the series

“We may finally be able to create a vaccine that we can be proud of.” In April, an official at KM Biologics in Kumamoto City, which is continuing its development of a vaccine against COVID-19, shared these expectations.

Currently in Japan, plans for a fourth round of vaccinations using foreign-made vaccines are progressing. In contrast, vaccines that are undergoing research and development domestically haven’t even applied for approval.

They have been the subject of ridicule. And it is said that compared to vaccines from overseas, they are not just one but two or three steps behind.

Since May of 2020, KM Biologics has aimed to develop a traditional “inactivated vaccine,” similar to what has been used for influenza vaccines. Until now, they were planning to supply boosters, but with the spread of messenger RNA (mRNA) vaccines, which are remarkably effective, they were forced to change their strategy.

Now, they are urgently developing a pediatric vaccine for children from 6 months to five years. Inactive vaccines have fewer adverse reactions, and have been used in the past in a mixture of four vaccines for infants.

In April 2022, clinical trials began in Japan. They are aiming to produce a domestic supply by the end of 2022, and if it can be put into practical use, it will attract the attention of the world.

“There is still a purpose for inactivated vaccines,” says Toshiaki Nagasato, the president of KM Biologics, with confidence.

Japan was once one of the leading countries in vaccine production. The country produced the vaccines for chickenpox, Japanese encephalitis, and others. However, starting from the mid 1960s, there were a series of reports about adverse effects from vaccines, and a general mistrust of vaccines spread.

Patients and their families who died or had severe side effects after receiving vaccinations such as those for smallpox and polio, placed blame on the government and filed complaints throughout the country from the 70s. In 1992, a Tokyo High Court ruling ordered the government to pay compensation, and the government abandoned the appeals.

Viral meningitis continued as a side effect even with the MMR (measles, mumps, rubella) vaccine introduced in 1989. The Ministry of Health and Welfare decided to discontinue vaccinations in 1993.

Due to these circumstances, the country adopted a negative perspective towards vaccines. In the revision of the Vaccination Law in 1994, regular vaccination was changed from “required” to “obligatory effort” and group vaccinations changed to individual vaccinations, only performed after the individual understands the purpose of the vaccine and its risks.

In 2012, at a subcommittee on national regulatory and institutional reforms, an official at the Ministry of Health, Labor and Welfare said, “We heavily considered the issue of adverse effects of vaccines. People may be afraid to get a new vaccine.”

This negative attitude will prevent Japan from building a strong foundation in new vaccine technology. For Japan, being a “vaccine powerhouse” is a thing of the past.


Shionogi and the Need for Swift Inspection Systems

Ikeda, Gifu Prefecture. The world's largest biopharmaceutical factory is located in the countryside, in the northernmost part of the Nobi Plain. It is a manufacturing facility for Shionogi's “recombinant-protein vaccine,” and has been said to be the closest to the commercialization of a domestic COVID-19 vaccine.

Aiming to supply the vaccine quickly, the company has invested a total of about ￥41.7 billion JPY ($300 million USD), including subsidies from the government of ￥37.3 billion JPY ($268 million USD) to improve its facilities. The production line, which has the capacity to produce vaccines for up to 60 million people a year, has already been completed and is preparing for full-scale operation.

Shionogi was originally planning to begin supplying vaccines during 2021. But at a press conference held on May 11, 2022, they announced that they would aim to finally apply for approval in June or July of 2022.

The reason for the delay was the difficulty in gathering people for the clinical trials. The company miscalculated, as vaccinations had already progressed in Japan and overseas in the fall of 2019, when the large-scale clinical trial was started, making it difficult to recruit tens of thousands of unvaccinated people.

“In terms of accumulating technology, the private sector, academia, and the country were all behind,” said Isao Teshirogi, the president, regretting the difference in pace from the West.

Building On Past Successes

The vaccine that Shinogi is developing is based off of an approved vaccine for influenza created by the venture company UMN Pharma and Astellas Pharma. However, when they applied for approval for the new vaccine, it was rejected by the Pharmaceuticals and Medical Devices Agency (PMDA), the authority for these examinations, and it could not be put into practical use.

From then until the COVID-19 pandemic, a wide range of knowledge about vaccines has not been accumulated in Japan. Shionogi then absorbed UMN and continued working on developing a COVID-19 vaccine using the technology that overcame the problems of the earlier application.

“There is concern that developments stagnating at companies also meant that it was difficult for the examination system to be improved,” points out Toshihiko Takeda, who was the director of the medical affairs bureau at the Ministry of Health, Labor and Welfare.

With the COVID-19 pandemic, recognition that vaccines and treatment drugs for infectious disease are strategic supplies has increased in Japan. The country is progressing with more support for research and development, and a mechanism for purchasing those products.

Beyond these, Mr. Takeda says, improving the review and examination authority is essential.

“It is crucial that the PMDA assesses that it has properly supported companies’ work to develop pharmaceuticals, and has proceeded with examinations promptly.”

If the capability of the examination authority is reduced, the phenomena of “Japan passing” may occur, in which clinical trials of vaccines approved in Europe and the United States are postponed in Japan. There is an urgent need to create an environment where people can smoothly develop their own vaccines.