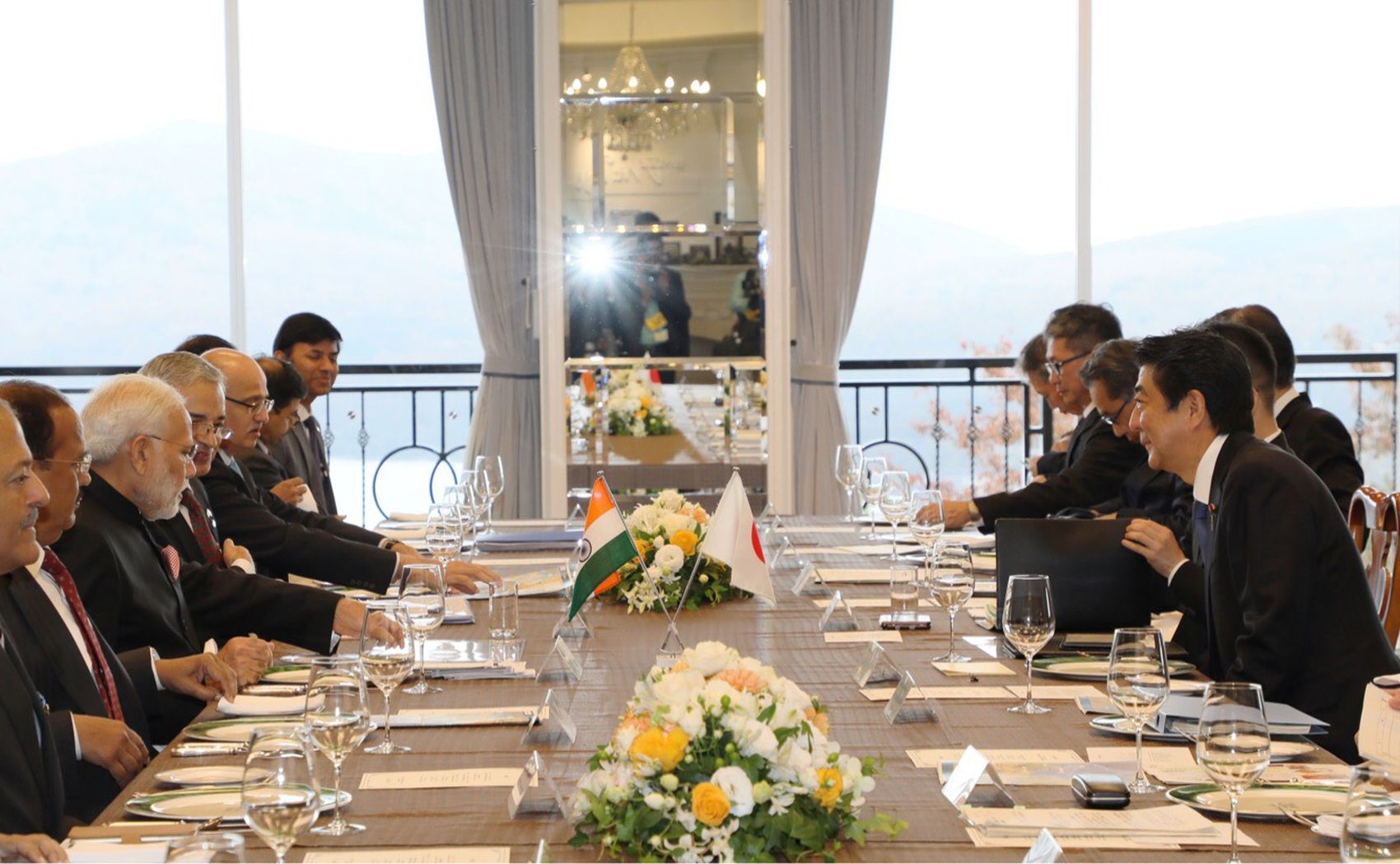 The adjustments to a new normal that countries are making in light of the coronavirus outbreak has extended to all fields, including diplomacy.

The Indian and Australian prime ministers held a virtual summit earlier in June. The logistics sharing treaty they signed is in line with similar agreements India has inked with countries like the United States, Singapore, France, and South Korea.

The India-Japan Acquisition and Cross-Servicing Agreement (ACSA) had been expected to be inked in late 2019, but has been delayed due to a host of factors. What now begs the question is why India and Japan need to sign a similar agreement at the earliest?

First, the two countries share common interests in free and open sea lanes of communication in the Indo-Pacific region. This is in line with Japan’s “Free and Open Indo-Pacific Vision” and India’s “Act-East Policy.” It has been estimated that more than 60% of the world’s petroleum exports move through the sea lanes of communication in the Indian Ocean region.

Second, India’s geographic location is key for Japan’s security. For example, India’s Andaman and Nicobar group of islands lie at a very critical location along the sea lanes of communication through which many of Japan’s ships pass. The Japan Self-Defense Forces are involved in anti-piracy operations in the Indo-Pacific region and have a facility in Djibouti. It is worth recalling that the southernmost point of the Andaman and Nicobar islands lies only around 90 nautical miles from Indonesia’s western-most point.

Third, a Japan-India logistics deal is also important, given the growing relations between India and the U.S. The U.S. and India have signed a Logistics Exchange Memorandum of Agreement, which will allow them to share logistical facilities on a reciprocal basis. India, Japan, and the U.S. are already a part of the Malabar trilateral naval exercises. India’s growing closeness to the U.S. has changed the scenario for all times to come. As a consequence, it is important to remember that Japan is the closest ally to the U.S. in the Indo-Pacific region.

Fourth, Japan is an energy-dependent nation and, hence, security of the sea lanes of communication in the Indian Ocean is critical for the health of its economy. A logistics arrangement with India will facilitate the security of energy resources being imported to Japan from areas like the Middle East and of its exports through the Bay of Bengal and Arabian Sea.

Fifth, the Chinese People’s Liberation Army Navy is rapidly adding vessels. At the current rate of growth, India and Japan will be unable to compete with the Chinese Navy in terms of the number of vessels added. This raises the importance of the option for India and Japan to pool their resources in this arena.

Then, there is the threat from China’s Belt and Road Initiative, a part of which is aimed at developing ports like Hambantota in Sri Lanka, which could potentially be used to threaten Japanese shipping should tensions increase between China and Japan.

All of this may be easier said than done for a host of reasons. The fact that India has already signed logistics arrangements with a host of countries but not Japan signals that tough negotiations are taking place between the two sides.

It will be interesting to see if Japan wants to push the ACSA, since it had been preparing for a visit by Chinese President Xi Jinping. The visit had been scheduled for earlier this year, but was postponed in the light of the coronavirus outbreak.

Meanwhile, India is mired in a border conflict with China which is not resolved. It remains to be seen how this will affect New Delhi’s signing of a logistics treaty with Tokyo. Recently, fatal clashes have occurred along the Sino-Indian Line of Actual Control in eastern Ladakh.

The Indian Navy has a very strong presence in the region. Recall that the Alondra Rainbow, a Japanese-owned merchant ship, was hijacked by pirates in the Indian Ocean region in 1999, and the Indian Navy and the Coast Guard played a pivotal role in the successful resolution of the incident. This has demonstrated India’s importance to Japan in the maritime realm.

For India, such a logistics arrangement would be useful since it is already collaborating with the Japanese Maritime Self-Defense Force in a big way. Moreover, a logistics treaty would allow India to have access to some facilities in Japan on a reciprocal basis. It will also widen the mutual trust between the two sides. Already, bilateral exercises are being held on a regular basis between the navies, armies, and air forces of the two countries, which testifies to the growing ties between the two countries.

The economic imperative is equally important. Following the coronavirus pandemic, the export-dependent Japanese economy is expected to contract by 5.2% in 2020 compared to last year. Any disruption in the Indo-Pacific sea lanes could further worsen the economic outlook for Tokyo. And a logistics treaty would be key to offsetting such risks.

The agreement, once signed, will hopefully be a precursor to a new era in the ties between the two countries. Prime Minister Shinzo Abe noted in his famous “Confluence of the Two Seas” speech in 2007 in the Indian Parliament that “the Pacific and the Indian Oceans are now bringing about a dynamic coupling as seas of freedom and of prosperity.”

In order to ensure that this freedom and prosperity continue, the India-Japan ACSA is sine qua non. As they say, “a stitch in time saves nine.”

Dr. Rupakjyoti Borah is an associate professor at India’s Sharda University. His books include The Elephant and the Samurai: Why Japan Can Trust India and Act-East Via the Northeast: How India’s Northeast is Strengthening the Kizuna (Bond) Between India, Japan and ASEAN? He has been a visiting fellow at the Japan Institute of International Affairs and the University of Cambridge. The views expressed are purely personal.