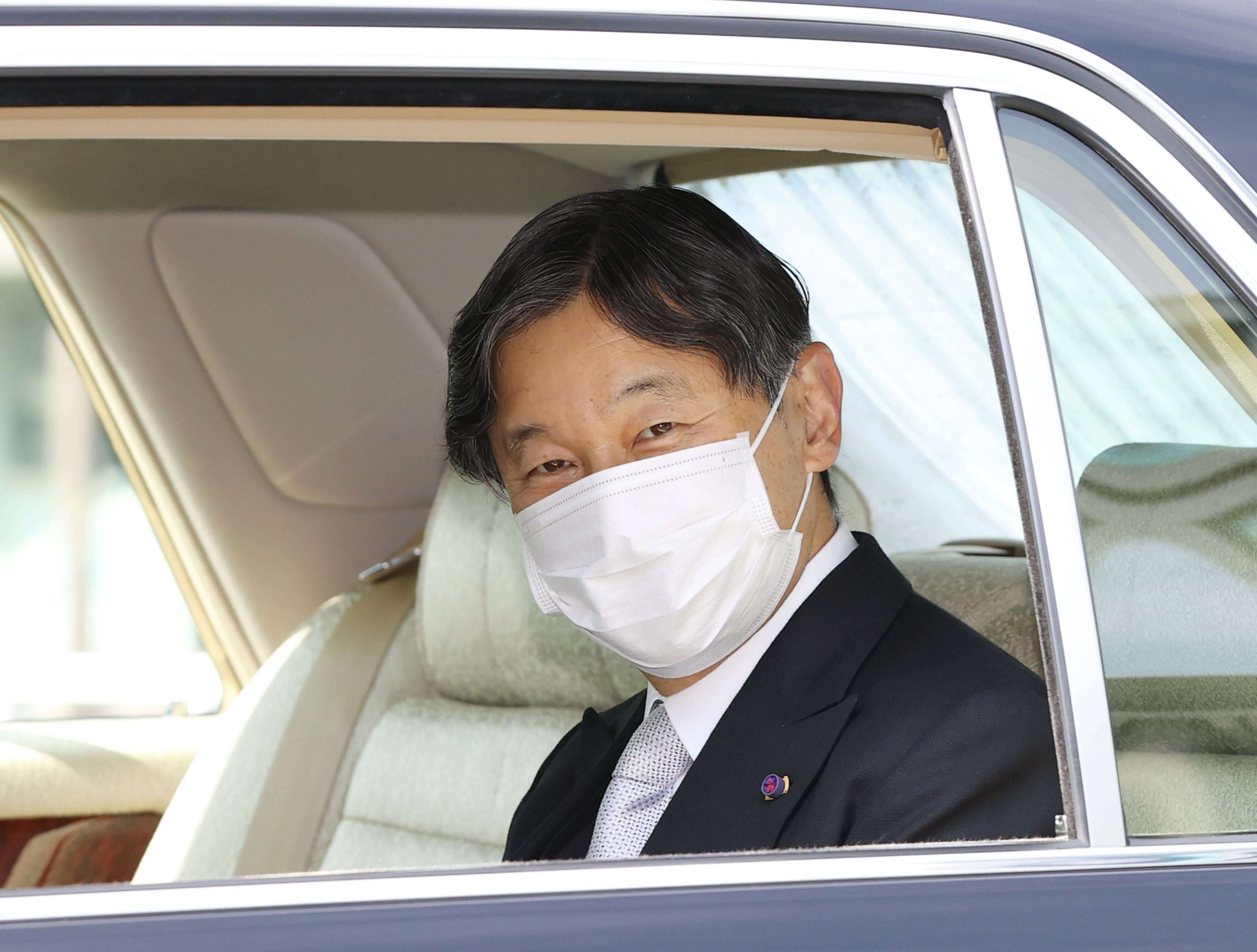 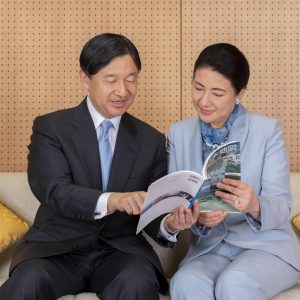 It’s been quite the unusual year, especially for the newly-enthroned Emperor of Japan, who ascended the Chrysanthemum throne on May 1, 2019, starting the new Japanese era, Reiwa.

On that first day, Emperor Naruhito, together with his wife Masako, in a solemn ceremony in front of members of the imperial family and representatives of the people, read out a statement expressing his commitment to continue the role taken up by his father as the symbolic head of Japan:

In a period of peace and brimming with hope, we are determined to create a future which Japan can be proud of, a society where people live together in beautiful harmony, and an era where culture can prosper.

Recognition of his legitimacy and right to rule was signified at just past 5 P.M., when the new Emperor received the three sacred imperial regalia, namely the sword (the Kusanagi-no-Tsurugi), the jewels (Yasakani-no-Magatama), and a polished bronze mirror (the Yata-no-Kagami).

The day before, on April 30, the then-85-year-old Akihito delivered his last speech as ruler of Japan after nearly 30 years on the throne, with the following words:

Since ascending the throne 30 years ago, I have performed my duties as the Emperor with a deep sense of trust in and respect for the people, and consider myself most fortunate to have been able to do so. I sincerely thank the people who accepted and supported me in my role as the symbol of the State.

Akihito, due to his ill health, had initially expressed the will to abdicate in 2016.

In the aftermath of his father’s abdication, Emperor Naruhito’s ascension to the throne was a cause of great celebration for the Japanese people. Many came to greet the new imperial couple at the Imperial Palace in the days following the enthronement announcement.

On May 1, Tokyo was brimming with souvenirs, with people trying to get their hands on limited-edition goods, such as that day’s newspapers, special editions of Coca Cola, and much more. Temples and shrines were swamped with queues of people wanting to get the shrine’s imprint on the traditional pilgrimage notebook with the special calligraphy stamp marking the new era.

On October 22, 2019, in the formal pomp and circumstance appropriate to the occasion, Naruhito successfully carried out the enthronement ceremony in front of more than 80 government leaders and foreign dignitaries from all over the world, followed by a couple of days of banquets and celebrations.

On November 10, the new Emperor and Empress personally greeted the people of Japan in a parade that toured around central Tokyo. Around 120,000 Japanese citizens and visitors crowded into the secured area along the parade route, though many more were unable to gain access, leaving some disappointed not to see the imperial couple up close.

Finally, on November 15, 2019, Naruhito performed the Daijosai, a thanksgiving ceremony performed only once in an era and considered by many to be the most important of the rites. The Emperor symbolically offered food, drink, and clothing from all over the country to Amaterasu, the founding divinity of Japan, and invoked the god to formally declare his ascension to the throne. Completion of the ritual marked the final important step to becoming emperor of Japan.

The days of Emperor Naruhito and Empress Michiko have since been filled with imperial duties, many related to comforting the victims of disastrous natural events that have plagued Japan. They visited the areas affected by the damaging typhoons in Fukushima and Miyagi prefectures, as well as other areas of the country. At the same time, as the symbolic heads of the nation, they have carried out numerous duties with international dignitaries. Among them, United States President Donald Trump was the first foreign head of state to visit the newly-enthroned Emperor at the end of May, followed by French President Emmanuel Macron at the end of June.

Unfortunately, since the arrival of COVID-19 and the circumstances surrounding efforts to contain the pandemic, many of the imperial couple’s public meetings and events for the latter part of the first year since the enthronement had to be canceled or postponed.

The wish is that with the change of the era, Naruhito will continue to deliver a message of hope for the Japanese people, and help Japan navigate confidently through this unusual time we live in.