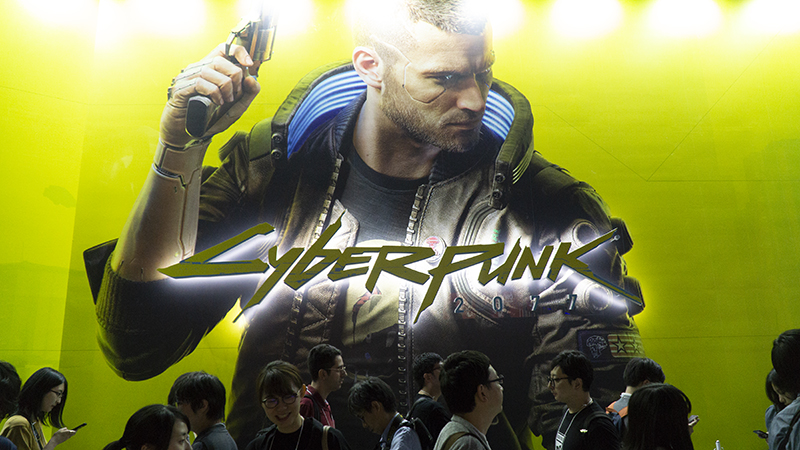 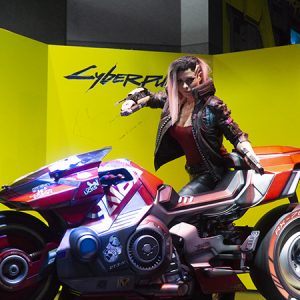 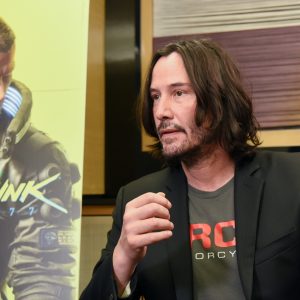 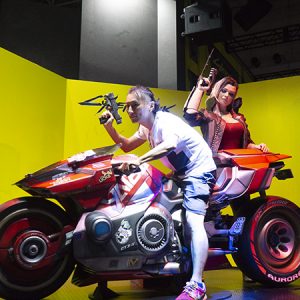 Among the highlights of the just-concluded Tokyo Game Show 2019 — where more than 250,000 people made their way to admire the latest in video games — was the futuristic “Cyberpunk 2077.”

Created by Polish videogame company CD Projekt RED, the same company which brought us the very popular “The Witcher 3: Wild Hunt,” “Cyberpunk 2077” was a much-anticipated presence at TGS. The tension for the game had been building ever since the latest trailer was released in late August, and the TGS release included a surprise appearance of Hollywood actor Keanu Reeves.

Although no new footage was released, Japanese fans got to see first-hand for the first time in Japanese what the videogame has in store for them, thanks to the gameplay showcased behind closed doors both on the business days and on public days of the four-day TGS.

A notable feature is the highly customizable main character called V, which users can personalize in terms of appearance, masculinity, femininity, and ability, making it their very own video game experience.

Viewers who were patient enough to queue at the “Cyberpunk 2077” booth at TGS saw the highly immersive cinematographic setting of Pacifica, a meticulously-created neighborhood in the storyline. We were told it was originally meant to be a resort area, but when investors pulled out the funding, the area was left in disarray and eventually taken over by a Haitian gang — the Voodoo Boys.

An interesting feature is that the choices the player makes will impact the storyline as well. The player even has the choice whether to kill their opponent in combat, or spare them.

The result is a highly personal, highly immersive, very believable experience that is full of context and history. It is set to be the video game most-awaited this autumn.

JAPAN Forward caught up with level designer Max Pears at CD Projekt RED to find out more about the game. The excerpts are below:

Thank you for giving us a minute of your time.

My name is Max Pears, I am a level designer at CD Projekt RED.

What is unique about this video game?

“Cyberpunk 2077” is a role-playing game (RPG) set in the future of the year 2077. This takes place in Night City, which is a metropolis obsessed with power, glamor, and also body modification.

What’s really exciting about it is that this is your story, this is your cyberpunk. So you will be able to customize your character in a variety of ways, and also have choices about how you interact with our world, within the levels, and how you actually play the game as well.

We heard that Keanu Reeves visited your booth on Thursday (September 12)!

Yes, we are working with Keanu Reeves. He plays the role of Johnny Silverhand, who is going to be very present within our game, and we are excited for you to see him. He came over to the booth, which was incredible — to see him and to get to meet him. And not only that, but he actually signed a part of it (the booth). Well, he’s just such a fantastic guy.

We understand that Japanese culture is an influence in the video game. Could you please tell us more about that?

Because Night City is such a multicultural place, it takes a lot of influences from around the world. One of the things that is getting noticed, especially at the demo we are showing here at TGS, is that there is a neon sign for ramen there, and everyone seems to love that, which is fantastic. But, yeah, we are inspired by so many cultures and places — that helps what makes Night City feel unique as well.

How has the reaction been here in Japan so far?

It’s been absolutely amazing. This is the first time I have been to Japan and Tokyo Game Show. And to see it, the passion of the players, is just fantastic. They just bring so much energy, and hopefully more of the team will get to see this and how passionate people are here.

Thank you for speaking with us, Max! Could you give a final message to the readers?

From me and everyone at CD Projekt RED, we want to thank you so much for your passion and your support. We cannot wait for you to get your hands on the game when it releases in April [2020]. Thank you all very much!