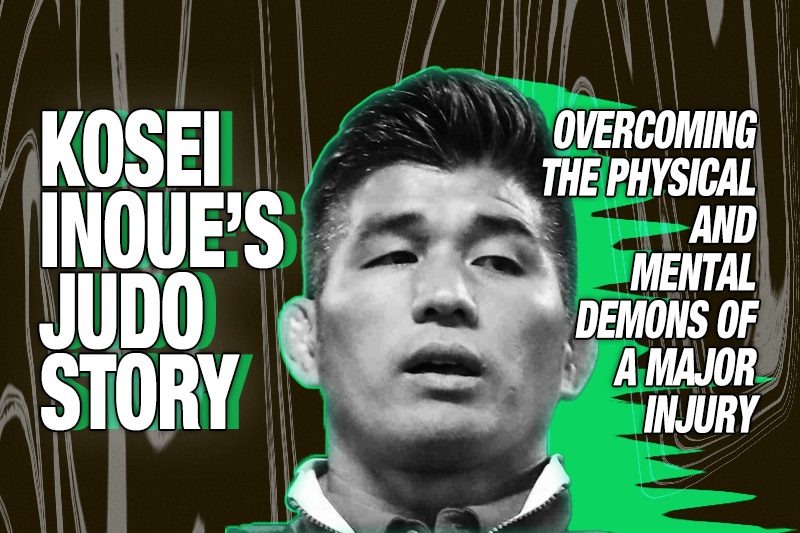 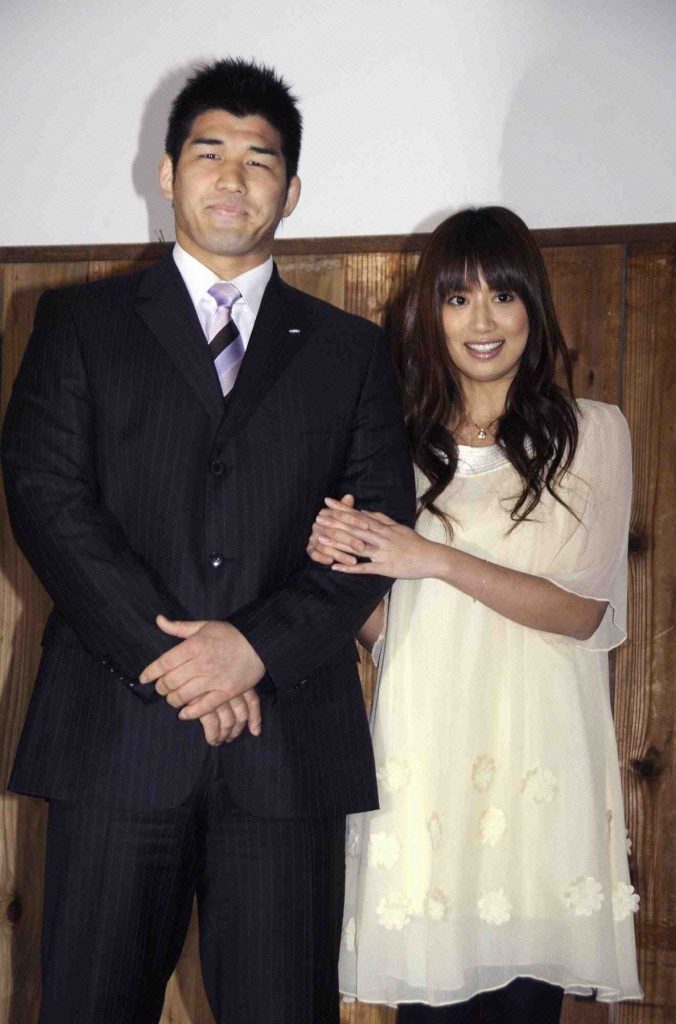 Excerpts of the interview are being featured daily in a 14-day series (Mondays, Wednesdays and Fridays). In Part 10, we asked Coach Inoue about facing the mental demons of losses at the Athens Olympics, only to be tested by a serious muscle injury and surgery. How difficult was it, and what does it take to recover and compete again?

Team Japan won 37 medals at the 2004 Athens Olympics, a record number including 16 gold. You were troubled for a time about whether or not you should quit after losing out on a medal.

After my loss in Athens, I felt both like I wanted to quit, and also as though I ought to quit. To take my mind off my troubles, I did some traveling without carrying my judo uniform, and I got my driver’s license around this time, too. I had never let myself skip practice, but I really took some time off. Yet, judo was the sole focus of my life. Nothing I did could brighten my mood.

Right about this time the team from my alma mater, Tokai University, won the All-Japan university weight class championships. I myself was greatly inspired by the students’ complete devotion to judo. I realized that I, too, loved judo, and didn’t want to quit like that. I resolved to aim for the Beijing Olympics, four years later. 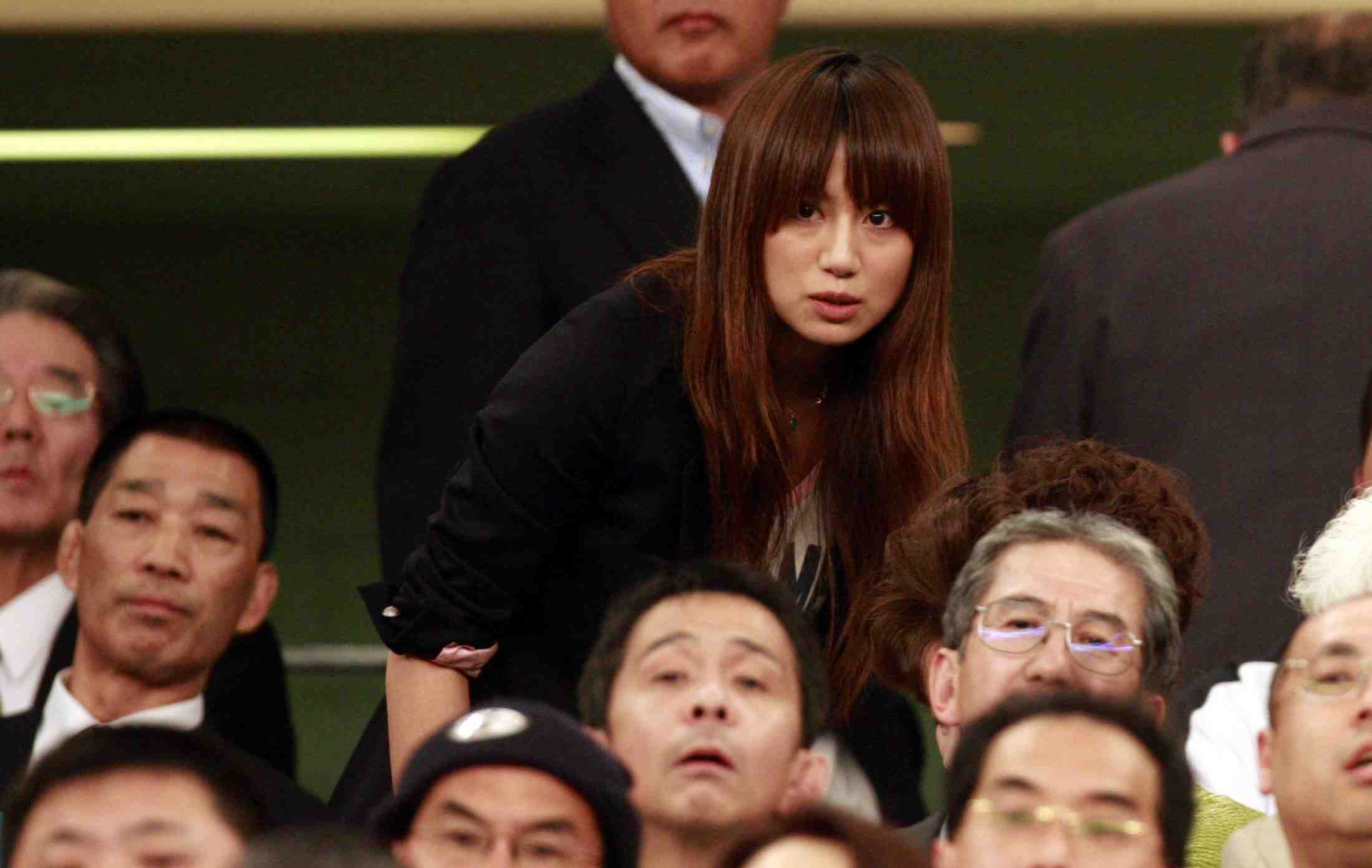 In January 2005, you made a comeback at the Jigoro Kano Cup, becoming the champion in the open-weight class of this international tournament. But you suffered an injury in the final match that left you with a torn tendon in your right pectoralis major (a large muscle that fans from the shoulder to the breast bone and plays a role in controlling arm movement, among others). It was a serious injury that took six months to heal.

My body was spread out a bit too much when I used an uchi-mata throw in that match, and the tendon connecting my pectoralis major [muscle] and my shoulder was completely torn. However, I didn’t even consider retiring due to the injury. The doctor gave me two options—undergo surgery or avoid surgery and keep playing going through treatment.

After Athens, I wanted to compete in the over-100-kg weight class. The doctor told me that with treatment, my muscle strength would only return at about 60-70%, but that I could regain up to 80-90% with the surgery. I knew there was absolutely no chance of winning in the world heavyweight division with only 60-70% strength. I had decided to quit after the Beijing Olympics, so I counted back my time from then and decided to have the surgery.

My plan was to write off the next year or year and a half, make my comeback at the Kodokan Cup in 2006, produce results at the world championships in 2007, and aim to make the Beijing Olympics team.

You had to walk a long road to rehabilitation after surgery.

At first I couldn’t even lift a one-kilogram dumbbell. I’d been lifting 180 kg before the injury, so it was a shock to start rehab from that point. To avoid reinjuring it, I had to bind and immobilize my right arm when sleeping, and I had to eat with chopsticks with my left hand.

I tried everything to speed up my recovery even a little, including highly concentrated oxygen capsules and ultrasonic therapy. At first, it was obvious I was recovering. But after a month or two had passed, it was just really long and boring work. I didn’t feel like I was getting better and was very conflicted.

At some point, I wondered if the whole process was meaningless, or if I’d even be able to fight after returning to competition. I just kept thinking about the glory of going to the Beijing Olympics and tried to believe in myself as I soldiered on. It was [a] time of perseverance.