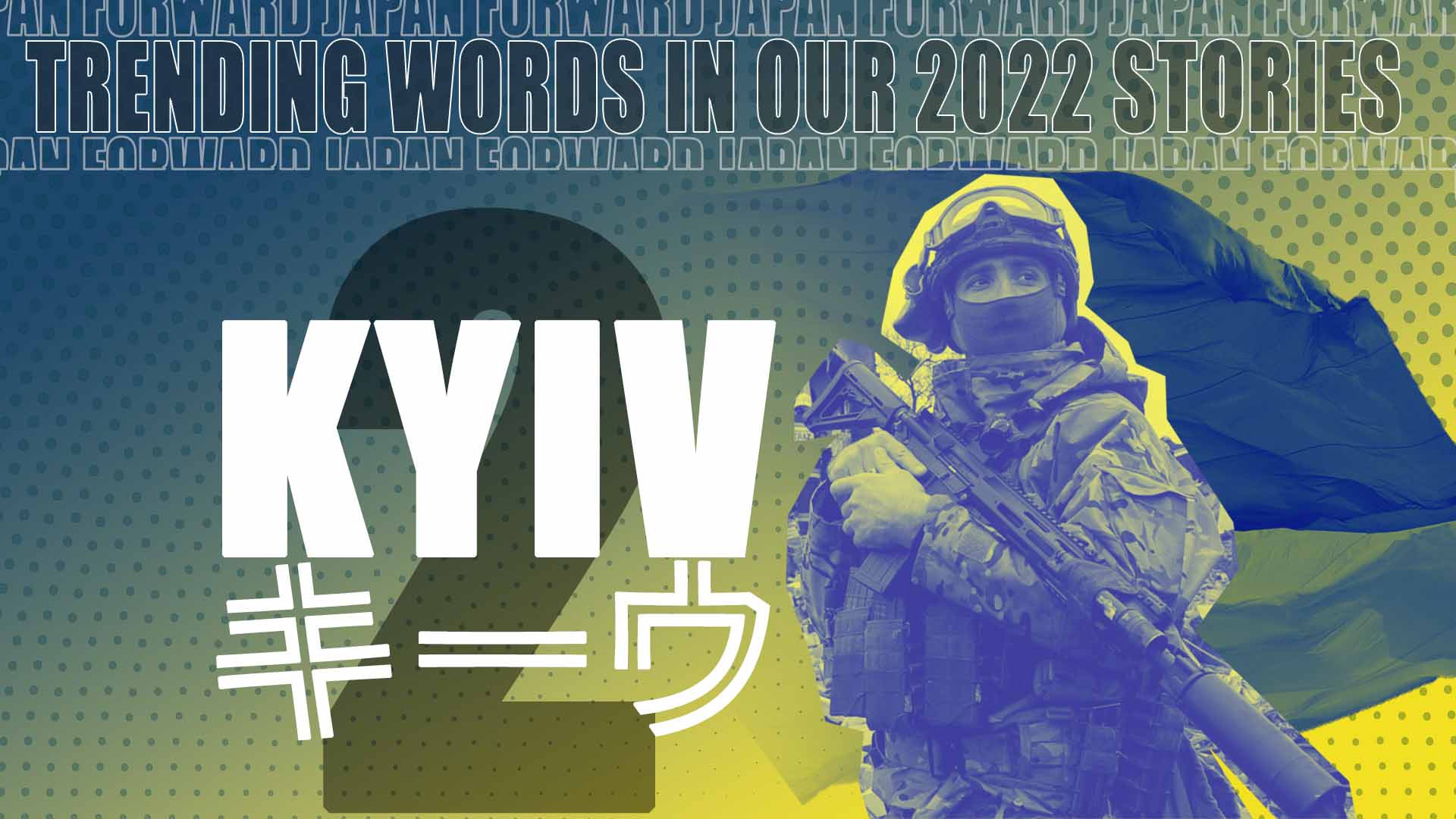 Today, we look at another theme which dominated the conversation in Japan and around the world. Coming in at No. 2 of our trending words: Kyiv (キーウ).

This word needs little introduction, as it refers to the capital of Ukraine, and to the wider theme of Russia's aggression.

Already in November 2021, JAPAN Forward had published an article in which our contributing author predicted an impending Russian invasion of its neighbor, Ukraine.

That came to pass on February 24, 2022. Russia invaded Ukraine, starting the first land war on the European continent since World War II. The military move caused outrage around the world, and Japan was among the first countries to react politically and economically, along with other countries of the G7.

In March, Japan's Ministry of Foreign Affairs, in a show of solidarity with the Ukrainian government, changed the transliteration of the capital's name to reflect the Ukrainian pronunciation (Kyiv) rather than the Russian one (Kiev). That is how the new Japanese word, キーウ (Kyiv) was born.

JAPAN Forward followed Ukrainian President Volodymyr Zelenskyy's speech in the National Diet, and protests against the war on the streets of Tokyo.

We also interviewed an array of experts on the topic of the war, including Ukraine's Ambassador to Japan Sergiy Korsunsky, Poland's envoy to Japan Paweł Milewski, and international relations expert Andrii Gurenko.

The invasion of Ukraine has caused a shift in the security debate in Asia. Many world leaders beyond the Indo-Pacific have shown growing concern over China's posture, and the status quo of Taiwan's self-governance going forward.

Unfortunately, the invasion of Ukraine is a problem which is set to continue causing concern to Japan and the world in 2023.

Until then, we have one more trending word to unveil. Make sure to check in tomorrow for Trending Word No. 1 for the year in the last installment of this column.

A little hint: in the midst of so much darkness, this next Trending Word will likely lift your spirits.