The Gion Matsuri: Communities of Faith and Pride in a Tourism Mecca 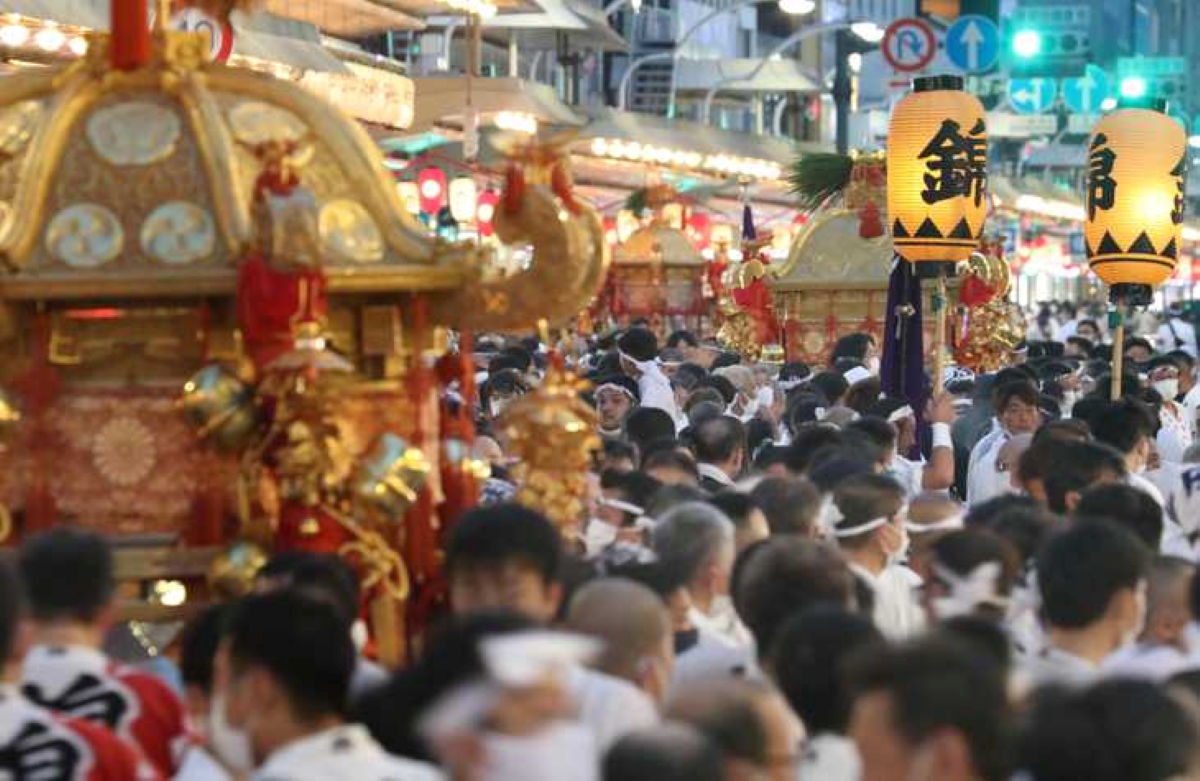 Gion Matsuri July 17 2022 In Kyoto, the Yamaboko procession of the Gion Festival, which has continued since the Heian period, was held for the first time in three years, praying for the plague to disappear. Twenty-three floats with gorgeous decorations, also known as a "moving art museum," proceeded along the scorching Miyako-oji Street, captivating the spectators who filled the roadside. (July 17, 2022. © Sankei)

Ninth in a series

The men who pulled the enormous floats and specialists who handled things like the tricky tsuji mawashi ninety-degree directional changes at intersections, or had responsibility for preventing collisions with buildings, were regularly recruited from communities with which the organizers had contacts.

But things have changed. For one, there has been a drastic decline in the number of people living in this part of central Kyoto. And festival finances have become tight in recent years as rising land prices and inheritance taxes take a toll.


Changes to the Festival

Some customs too have been abandoned. In the past, the sight of musicians and others on the floats hurling chimaki (good luck charms) into the crowd of spectators or the second floor of buildings along the parade route was one of the delights of the festival, with thousands of chimaki being piled up on some of yama and hoko for hurling along the route.

Apparently, this custom of chimaki-nage began in the Meiji period. However, the custom was banned in the 1980s following incidents resulting in injuries.

Many Kyoto families lived in the same neighborhood for hundreds of years. From ancient times they formed autonomous local bodies called cho, with the cho and neighborhood typically being one and the same, although the entire festival area is also frequently referred to as chonai.

The residents of each of these neighborhoods were called machi-shu or choshu. The term came to be applied in particular to well-to-do merchants or craftsmen with a strong self-governing streak.

In troubled times, townsmen relied on solidarity to survive. During medieval times, za, which were voluntary groupings of merchants who sought to control markets for certain products or services, and especially those composed of lumber merchants held a good deal of sway.

After the Onin War, silk merchants, kimono and obi makers, dyers and others involved in the weaving industry, especially those concentrated in the Nishijin district and the festival zone, often became fabulously wealthy. Affluent, cultured and often haughty, they collected fabulous art treasures, many of which are on public display during the float parades or the Byobu Matsuri in which families open their kyomachiya townhouses for displays of their private collections.

Although all the families living in the festival zone considered themselves ujiko or parishioners of the Gion-sha (now Yasaka Shrine), each also had its own tutelary kami with its own float.

Rivalry between neighborhoods was often fierce and continues to be an important element of the Gion Matsuri till this day. Thus, the festival became a grassroots expression of freedom and self-affirmation, not just spectacle.

In the Muromachi period, even the samurai rulers deferred to the festival organizers to a certain extent, since the Ashikaga shoguns saw supporting the Gion-e as a method of retaining popular support, especially among the wealthy merchants they might have to call on for loans.

From July 15th the festival area is abuzz as neighborhood residents and their helpers put the finishing touches to hoko and yama. For the next three nights (referred to respectively as the yoiyoiyoiyama, yoiyoiyama and yoiyama), the festival area is packed with sightseers and yatai stands selling foods, drinks and goodies of all kinds.

When the Yamaboko Junko finally begins at 9:00 a.m. July 17, hundreds of thousands of spectators line the streets of the rather small festival area.

During the Edo period all the yama and hoko (with one possible exception) had a live chigo riding on them. These were eventually mostly replaced with dolls.

Now only the Naginataboko has a chigo “festival boy” on it. It is also probably the hoko with the longest tradition. That is likely the reason it always enjoys the honor of going first in the Saki Matsuri parade. The Ayagasa Hoko does have several very young chigo, but they walk along with it.

Although the Gion Matsuri has in recent decades become an internationally famous tourist event, July in Kyoto is not very pleasant weatherwise. And in the past it was definitely the least healthy season. That is why the Gion Goryo-e was introduced after all.

The parade can be disturbed by thunder and lightning or even pelting rain, which imperil the artistic treasures carried on the floats.

When at 9 AM on the morning of July 17, the Naginataboko chigo severs the long sacred straw rope across Shijo Dori and the Saki Matsuri parade begins, participants step out smartly. But the Gion Matsuri’s parades are hardly smooth-flowing affairs like modern parades featuring marching bands and motorized floats.

It takes time and much effort to pull the heavy floats the length of the parade route. Progress is often punctuated by numerous stops and starts, especially when turns need to be made.

At 11 AM the last of the yama and hoko, for which the position in the line will have been determined in a lottery, will only have reached the initial starting line. It is very hot and humid to say the least.

Nonetheless, with rare exceptions, members of the crowd keep their cool, mesmerized with this direct link to Kyoto’s ancient past. It is simply unforgettable.

Many Kyoto residents prefer attending the Yamaboko Junko of the Ato Matsuri on July 24, or the cultural offerings of the three days preceding it. The crowds are not nearly so large, the Byobu Matsuri offers more variety and the yatai are gone.

Old timers say it evokes memories of Kyoto in days gone by, when the pace of life was less rushed and each festival experience could be fully savored.

Next: Part 10: The Gion Matsuri: Women in the Festival