When the World Wasn’t Looking, China Built the ‘Perfect Dictatorship’ 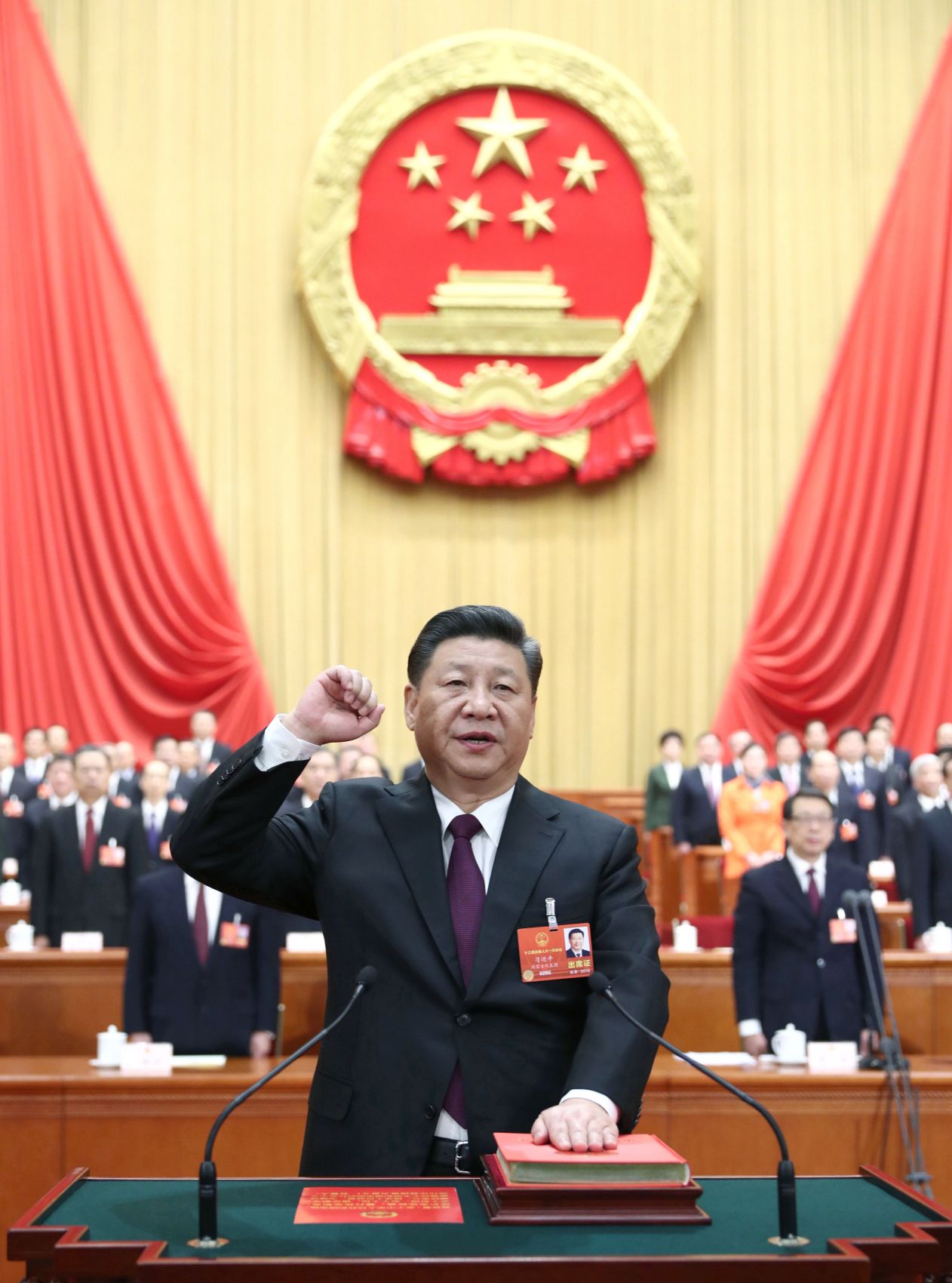 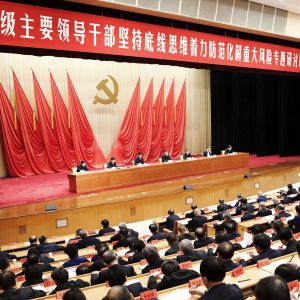 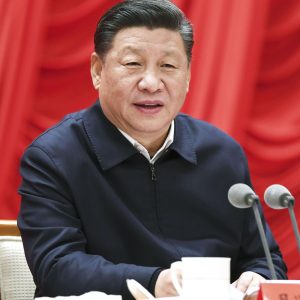 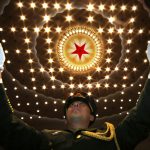 “People’s Republic,” however, is a flagrant misnomer since the regime definitely does not “serve the people.”

The communist regime heralds its “rule by law” and “democracy” domestically and “peaceful diplomacy” abroad as its core principles for managing the state. It also promises that its positive approach to the world will not change.

Why then does it keep the PRC at arm’s length or even loathed by much of the international community?

The Norwegian sociologist and China expert Stein Ringen has characterized the China that rose so dramatically in the 21st century as structurally a “perfect dictatorship.” He refutes conventional thinking by contending that the creation of this perfect dictatorship is what has allowed Chinese leaders to pull the wool over the collective eyes of both its own citizens and the global community for such a long time.

From that standpoint, I would like to reflect on the actions of the Xi Jinping regime over the past year, and discuss the outlook for trends in China in 2019.

Xi’s Quest for the ‘Elixir of Life’

In March 2018, at the 13th National People’s Congress, China’s parliament, Xi Jinping orchestrated the scrapping of term limits for the PRC president and vice president and the formal enshrinement of “Xi Jinping Thought” in China’s constitution. In effect he laid the groundwork for establishing a “dictator for life” system.

Emboldened by this newly acquired carte blanche, he then proclaimed that “modernization of socialism will be realized in China” by 2035. By that target date, Xi, who is now 65, will be 82 years old.

As fate would have it, in November 2018 the international community reacted with opprobrium to the news that a Chinese researcher helped give birth to a child through the process of genome editing. If such technology for genetic manipulation could be applied to measures to extend the life of a dictator, no doubt Xi would seek to achieve what the First Emperor of the Qin dynasty sought so desperately to do — namely, get his hands on the “elixir of immortality.”

If he were around longer, that might allow the dictatorship he presides over to further strengthen itself and thereby prolong its life for two or three generations. This is not just a groundless worry. It is a concern voiced by knowledgeable individuals both inside and outside China.

Reforms Benefit Only the Elite

The undoubted affluence that reform and opening up has brought to China has only benefited a minority — members of the 90-million-strong Chinese Communist Party (CCP) and their relatives and cronies. At the same time peasants, who make up the overwhelming majority of China’s population, continue to be worked mercilessly for subsistence wages that still are not enough to cover basic necessities.

Moreover, because of the requirement of rural household registration, peasants do not enjoy the same welfare benefits and treatment as do urban dwellers and CCP members. The children of peasants and their children for generations to come are destined to remain peasants, with their path to making it in the world permanently blocked.

The result is that, in name and reality, peasants have become victims of “household registration apartheid.” Nor is the CCP inclined to reform this unfair system.

The establishment of this discriminatory system of rural and urban household registries allows tight control over free movement among the Han ethnic group that forms the overwhelming majority of China’s population.

At the same time, the regime is carrying out a vigorous campaign of ethnic cleansing among certain minority groups. A classic case is what is now occurring in the Xinjiang-Uyghur Autonomous Region. Some one million Uyghurs have been forcibly herded into internment centers for “reeducation.”

Furthermore, Uyghurs and Kazakh believers in Islam have been prohibited from engaging in education in their mother tongues. Some have also been forced to engage in harsh manual labor or to violate their religious beliefs by eating pork.

After reflecting on the Holocaust perpetrated by Nazi Germany during World War II, humanity vowed that such slaughter of singled-out ethnic groups would never again occur. Yet, the international community did nothing when in the past the CCP persecuted Mongols and Tibetans, just as it now ignores the persecution of the Uyghurs.

Here too the international community has bought the CCP’s big lie that the “progressive Han have liberated the culturally backward minority ethnic groups and led them towards socialist utopia.”

A favorite stratagem of the CCP has been to dangle the “bait” of China’s enormous market in order to attract companies and technical experts from various countries so that it could steal their cutting-edge technologies. One result has been that in certain sectors of science and technology China has taken the global lead, which in turn makes it possible for the authorities to constantly monitor their own people, while threatening Japan and the nations of Southeast Asia.

Likewise, concerning the South China Seas case brought by the Philippines, Beijing with obvious disdain labeled the decision by the Permanent Court of Arbitration in the Hague, a body designed to maintain international peace and order, as “nothing more than a piece of paper.” With that pronouncement, Beijing refused to accept the tribunal’s findings.

Needless to say, it has also betrayed its promise to the United Kingdom to allow a high degree of self-rule in Hong Kong for 50 years.

The foreign policy being pursued by the PRC clearly proves that the “five principles of peaceful coexistence” expounded by the first generation PRC leader Zhou Enlai, together with other soothing pronouncements from Beijing, were nothing more than expedient tools for fooling outsiders.

Beijing’s Rabid Xenophobia to the Fore

China is now embroiled in a serious trade dispute with the United States. In the past, the CCP regime had abusively taken advantage of the freedom and democracy of Western countries in order to bolster its own power and disrupt the international order. Be that as it may, the hardline stance of the Trump administration and its determination to no longer stand by and allow China to imperil the U.S. global standing in not likely to flag.

In response, the Chinese authorities will not readily admit defeat, and will undoubtedly beat loud the drum of Han chauvinism in reply.

Even though the poorer classes among the Han majority are the victims of CCP policies, they will stand in solidarity with CCP members in the face of foreign “pressure.” President Xi’s speeches are all of the same caliber as essays written by primary school students. Precisely because of that fact, they can sway peasants with little education.

It would be dangerous to try to measure China by the intellectual standards of international society, since that would inevitably lead to results that do not correspond to actual conditions. Consequently, my advice to Japan is to be on your guard when dealing with a China steeped in virulent xenophobia.