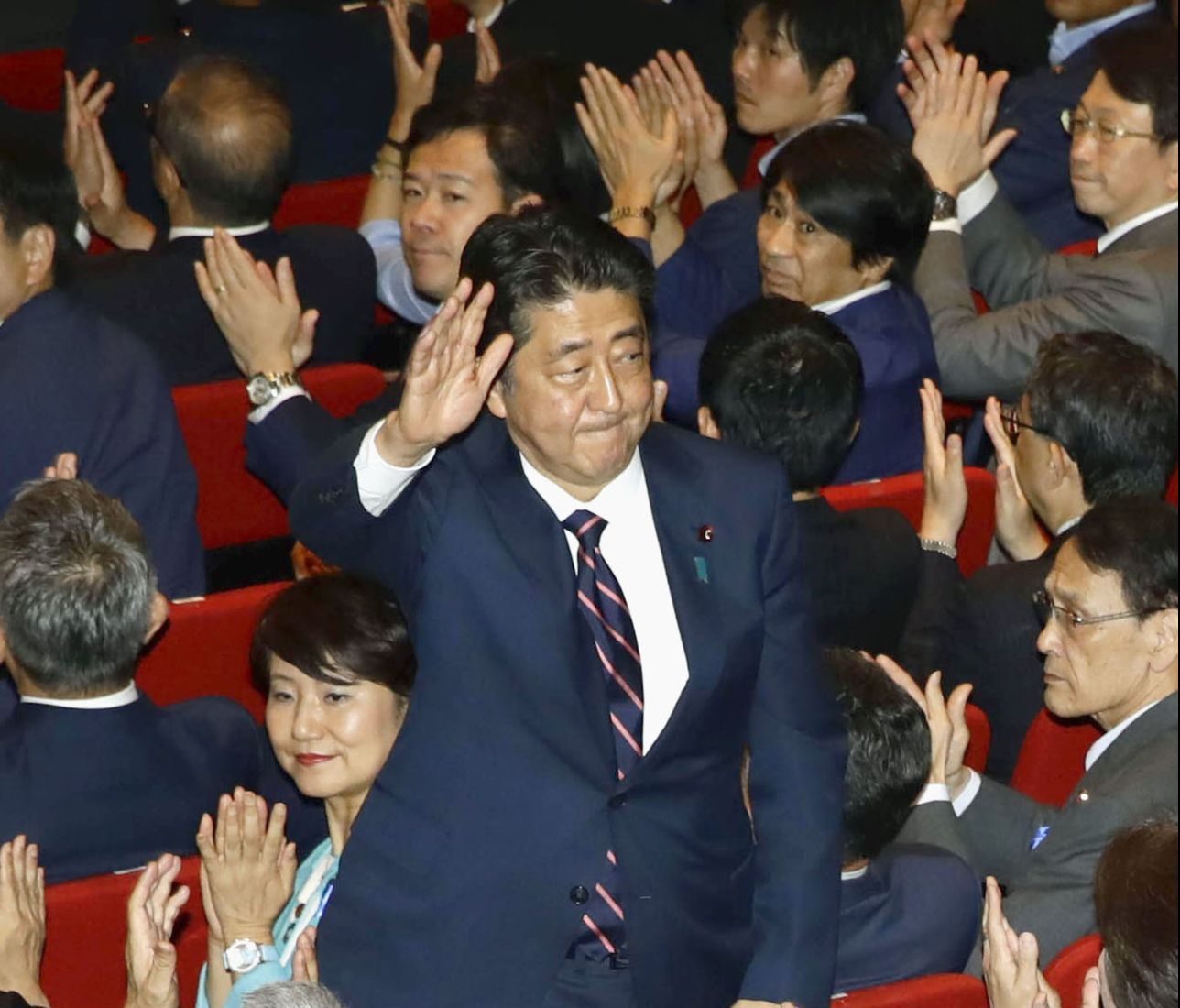 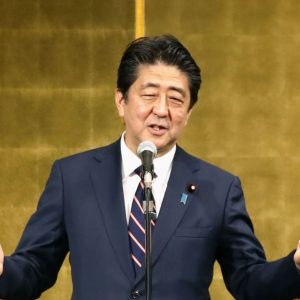 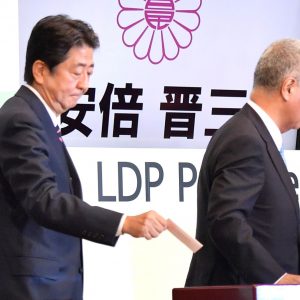 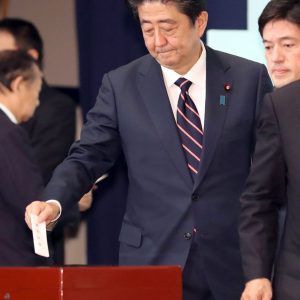 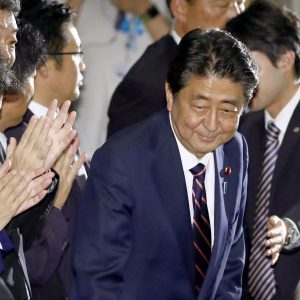 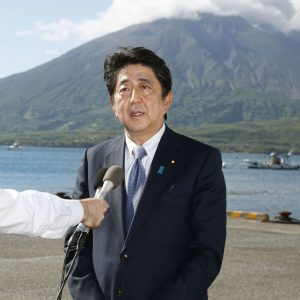 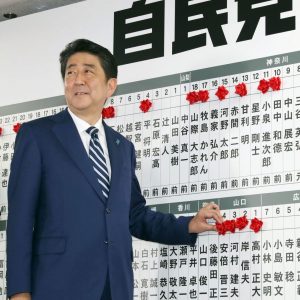 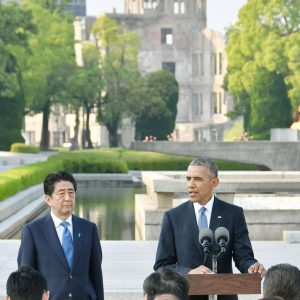 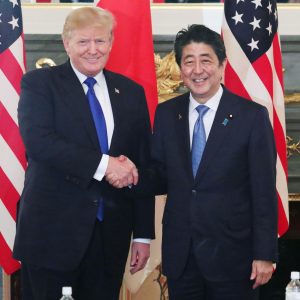 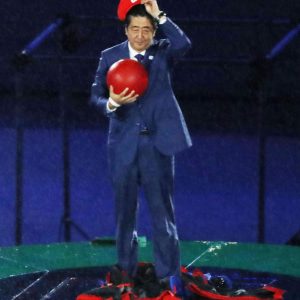 Shinzo Abe is set to lead the longest-ever stable government in the history of Japan’s constitutional administration.

Mr. Abe, who is concurrently in the top post of the ruling Liberal Democratic Party (LDP), scored a landslide victory in his party’s leadership election on Thursday, September 20, securing him a third three-year term as prime minister.

As president of the LDP for three more years, Abe will also continue at the helm of government until 2021.

What will be Prime Minister Abe’s aims as he receives a fresh mandate?

“I am determined to undertake the task of building a new nation,” Abe told The Sankei Shimbun on September 1 at the Prime Minister’s Office.

From The Sankei Shimbun’s exclusive interview with him before the party election, Abe gave us a glimpse of policy measures to expect under his next term.

Mr. Abe during the interview emphasized the need for revising the Constitution. The Prime Minister has long advocated the necessity of “having the existence of the self-defense forces explicitly written into the Constitution to bring the controversy on the SDF’s constitutionality to an end.”

Referring to specifics of the proposed revision of the supreme law, he pointed out: “The public, of course, has a decisive say regarding the wisdom of revising the Constitution. Failure of the members of the Diet to address the task of initiating amendments to the Constitution and thereby hampering the people from exercising their right to vote for or against revising the basic law should be condemned by the public as ‘shirking Diet members’ responsibilities as lawmakers.’ To resolve this situation, the LDP must give full play to its leading role.”

The Prime Minister reiterated his plan to accelerate discussions within the party so as to allow the LDP draft revision to be submitted to an extraordinary Diet session this autumn. He also noted, “Discussions regarding constitutional revisions should not be used as a power ploy.”

Confidence in Building Rapport with China

Addressing relations with China, Mr. Abe gave assurances that Japan-China relations “have returned to a completely normal track ever since Premier Li Keiqiang’s visit to Tokyo in May.”

As for the Senkaku Islands which are under the jurisdiction of Ishigaki in Okinawa Prefecture, Mr. Abe stated the Japanese government is unshakeably resolved to protect Japan’s sovereignty over the group of islets against China’s territorial claims.

He added that they “are an integral part of the Japanese territory. We have reminded both Premier Li and President Xi more than once that Beijing must not misinterpret” Japan’s determination on the matter, the Prime Minister stressed.

On problems involving North Korea, Abe pointed out: “It is a matter of profound regret that the issue of the abduction of Japanese citizens by North Korean agents has been left unresolved for such a long period. I am determined to resolve the abduction problem while I am in office as prime minister.”

Mr. Abe went on to say, “I eagerly hope to take a step forward toward breaking the barrier of mutual distrust [between Tokyo and Pyongyang] as shown by the signs of thawing relations between Washington and Pyongyang.”

He emphasized, “There will have to be talks face-to-face with North Korean leader Kim Jong Un in a final phase of progress toward improving bilateral ties. And, if I have a summit meeting with him, something conducive to resolving the abduction problem must come out of it.”

Friendship with Trump in National Interest

The Prime Minister discussed the increasing trade friction between the United States and China, explaining: “The difference between bilateral talks (as called for by U.S. President Donald Trump) and the idea of the TPP (the Trans-Pacific Partnership) initiative is nothing but a difference in methodology. President Trump and I have certainly shared the goal of expanding trade and investments in a way beneficial to both countries.”

On the issue of relocating the U.S. Marine Corps Air Station Futenma in Okinawa Prefecture, over which the prefectural government has rescinded permission for a landfill project in the city of Nago’s Henoko district, Mr. Abe said:

“[The government will] calmly perform the landfill project in accordance with the Supreme Court’s edict upholding the project. There should never be a circumstance in which the Futenma air station is forced to remain unchanged. And the current situation in which 70% of U.S. military installations in Japan are located in Okinawa is not acceptable. I would like to reduce the burden on Okinawa in a realistic way in the future.”

Recently the government announced a loosening of limits on workers from abroad working in Japan, effective from fiscal 2019. The Prime Minister said emphatically the decision “does not mean there is any change in Japan’s immigration policy.”

The government instead will create a new organization, Mr. Abe said, tentatively called the Entry and Residence Permission Procedure Management Agency, which will be charged with broadening procedures for Japan’s acceptance of foreign workers.

The Prime Minister also referred to the issue of alleged abuse by some foreigners of Japan’s government-run National Health Insurance program — Kokumin Kenko Hoken, known as Kokuho. “To ensure that the nation’s medical insurance program can continue to be trusted by the public, the Kokuho scheme must be run adequately. The government is poised never to allow the illicit use of Kokuho,” Abe remarked.

Who Will Succeed Him?

Asked about who he thinks will be his successor in the “post-Abe age,” the Prime Minister replied, “It is not appropriate that I, or other people, should nurture someone as my successor, but rather a person capable of leading this country after the expiration of my tenure of office will emerge on his or her own.”

He added with emphasis, “The LDP embraces a wide variety of talents, including heads of local governments, you know?”

According to a nationwide poll jointly conducted by The Sankei Shimbun and the Fuji News Network (FNN) on September 15 and 16, just before the LDP leadership election, people who thought Mr. Abe the right person to assume the top post of the LDP accounted for 49.6% of those surveyed, 10 points ahead of the 39.6% in favor of Mr. Ishiba.

The approval rating of the Abe Cabinet increased to 49.3% of the respondents, up 3.7 points from the previous poll conducted August 25-26, marking the second consecutive month of gains.

The poll’s question about Prime Minister Abe’s intention to present an LDP drafted bill for revising the Constitution to an extraordinary session of the Diet this fall yielded 38.8% in support of the constitutional revision bill, whereas 51.1% said they were opposed.

This indicates that opponents of constitutional revision significantly outnumber the bill’s supporters. However, among LDP backers, the number supporting the revision bill climbed to 57.5%, compared to 30.8% opposed to the bill.

Click here, here and here to read the articles in Japanese.