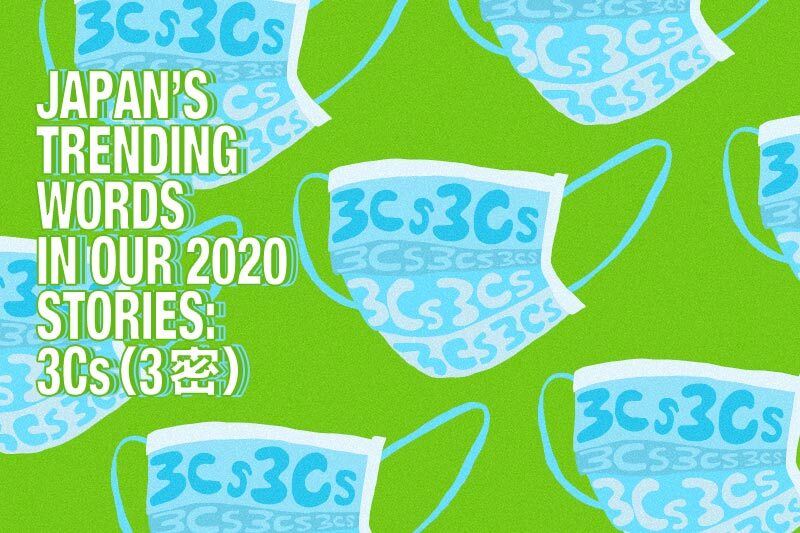 ~It was first popularized by Tokyo Governor Yuriko Koike in March, when holding up a large plaque in a press conference she called on everyone to avoid the 3Cs: closed spaces, crowded places and close contact conversations.~

It’s no secret that COVID-19-related news and the fight against the virus has overwhelmed most of us this year. To mark this, JAPAN Forward is putting together a special to wrap-up the coverage of COVID-19 in Japan, and how people managed to stay cheerful and resilient despite the times.

With one topic per day, for five days from December 14 to December 20, make sure you stay tuned to the most popular topics among the Japanese this year!

Looking back to this year, 三密 (San Mitsu) is hands down the winner of being the expression that most seeped into everyday speech.

It was first popularized by Tokyo Governor Yuriko Koike in March, when holding up a large plaque in a press conference she called on everyone to avoid the 3Cs: closed spaces, crowded places and close contact conversations.

Shinzo Abe, the Prime Minister at the start of the pandemic in Japan, repeated tirelessly to citizens to avoid the 3Cs in his many addresses to the nation.

As did Tokyo Governor Yuriko Koike, as the fight against the virus continued well into the summer.

As the State of Emergency ended, and people in Japan settled in some form of normality just saying “ let’s avoid mitsu” became a way of saying “let’s avoid staying too close”, or “let’s avoid going to crowded places.”

It became the buzzword with events and venues that grappled with how to face the new normal.

In an interview with Professor Hiroshi Oshitani in December, one of the main people behind Japan’s COVID-19 response, he explained how central the 3Cs had been to Japan’s health policy in 2020.

In offices, restaurants, schools, sports, TV programs, people could be heard saying “oh that is a mitsu situation”, “that is so mitsu!”, or “let’s sit distanced so we are not mitsu.”

It’s perhaps no coincidence, therefore, that the character of the slogan, Mitsu (密), became the Kanji for the year which is annually announced at Kiyomizudera in Kyoto.

The character received more than 208,000 votes.

This was the last installment of Japan’s Trending Words in our stories, we hope you liked it.

Tomorrow we will be covering JAPAN Forward’s Trending Word of 2020, stay tuned to find out more!