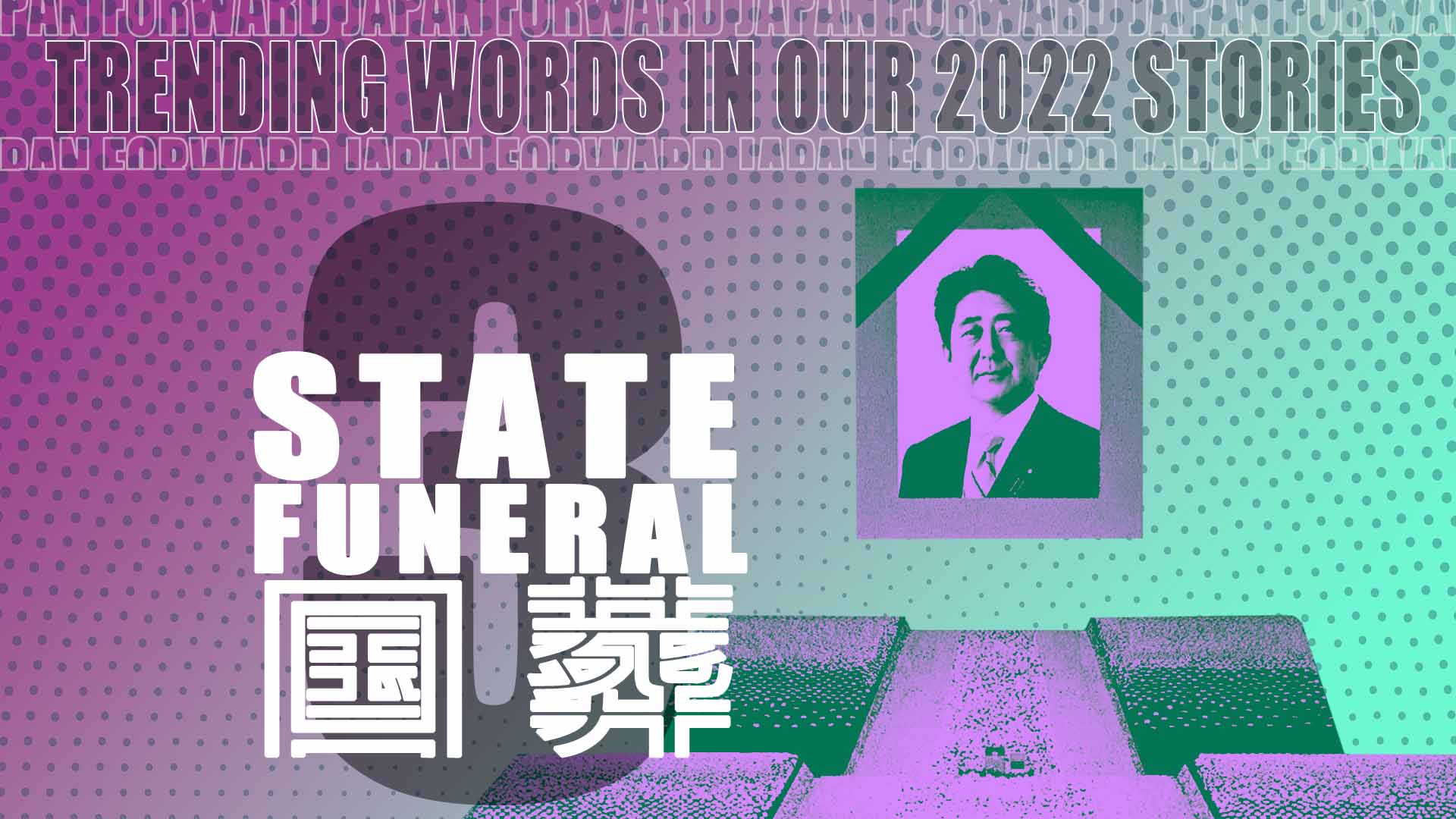 Previously we looked at No. 5, Bad Weak Yen (warui enyasu, 悪い円安). Next we recalled trending word No. 4, Second Generation Religion (shukyo nisei, 宗教２世), and the shadows of the Unification Church.

Today, we look at Trending word No. 3, the State Funeral (国葬儀) of former Prime Minister Shinzo Abe. This was another theme which was widely discussed in Japan in 2022.

The assassination of Shinzo Abe, Japan's longest serving prime minister of the postwar era, shocked the nation and the world.

In a moment of mourning shortly after Abe's death, Prime Minister Fumio Kishida announced that Japan would hold a state funeral for the former leader.

In the period before the state funeral, JAPAN Forward published many accounts of experts and contributors reflecting on the achievements of Shinzo Abe. A selection is below:

In the lead up to the funeral, pushback from some opposition party politicians led to a detailed discussion among policy makers about the price and propriety of holding a state funeral.

Dignitaries and politicians from abroad posted their respects on Twitter. Tens of thousands queued in the sun to leave flowers for the former prime minister, and hundreds of thousands left remembrances through Digital flower offerings via Arigatou Abesan.

It was a historical moment for Japan and the free world. But there is one more theme which shocked the world the most in 2022. That is coming up next.

Check in tomorrow for Trending Word No. 2 on our list.